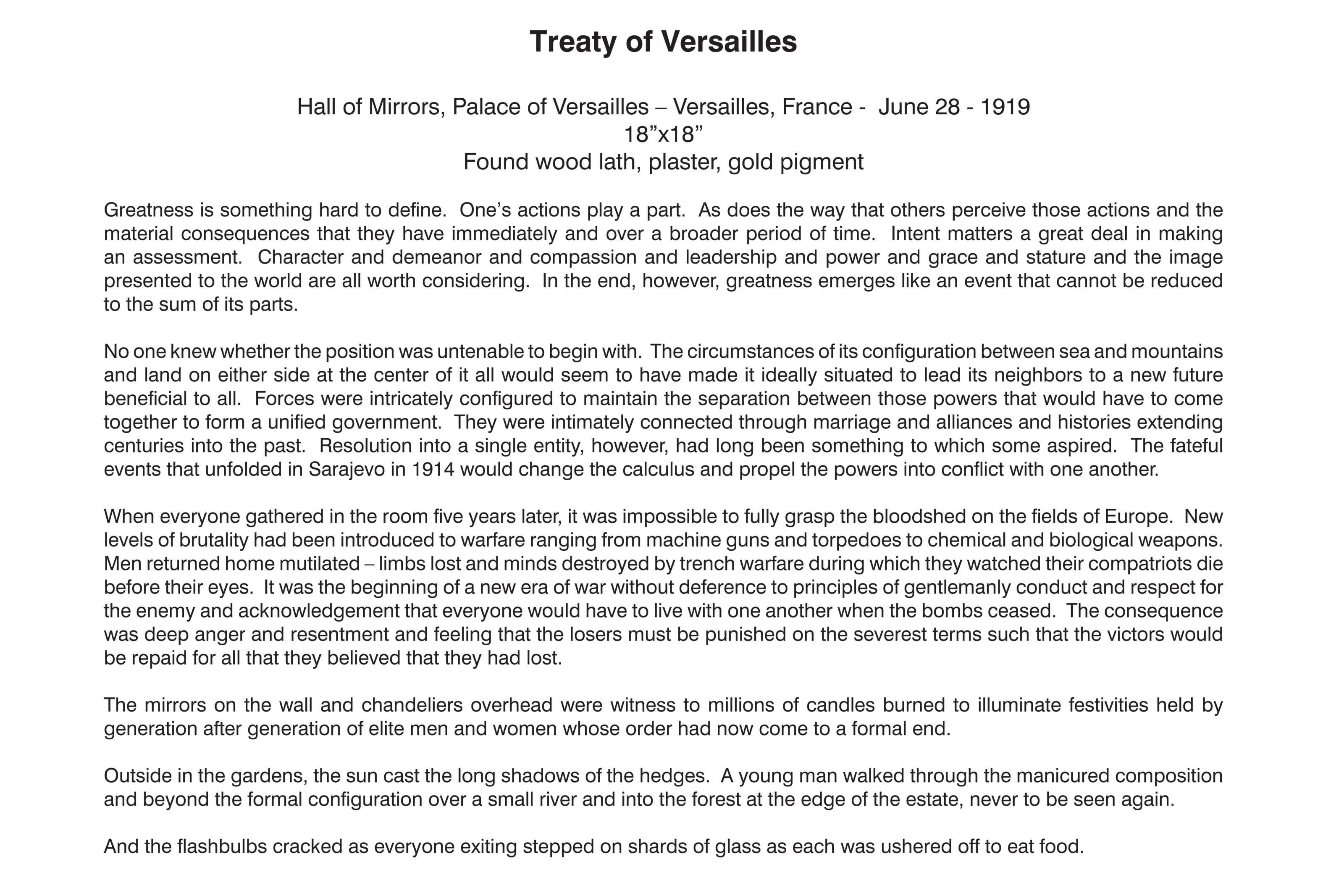 This work explores the idea that on object presented in a context where we typically encounter art – namely hung on a wall in a domestic or gallery setting – can serve as a prop or proposition that points to a broader space and history with the hopes of invoking the discourse around that space and provoking a contemporary conversation.  The prop in this case appears as a section of a historic traditional western lath and plaster wall (albeit one that has been ever so carefully removed with the piece of exactly square plaster miraculously intact) that dominated European and American construction for the last two hundred years before being replaced with building systems developed as the core of the modern architectural movement.  I invite the receiver to believe that each fragment that has been removed comes from a specific room in which an historic event has occurred.  These events are connected by two themes: signing treaties that played a fundamental role in ending wars and legislation that expanded the rights of broad swaths of humanity.  Each sculpture is accompanied by a text on the back that notes the specific moment as well as a drawing incorporating photographs of the event.  The purpose of the work is to offer time for the receiver to contemplate the current significance of these signatures, the relationship between the different signing events, and the relationship between signing a document on a desk and the particular space in which it is signed.  The receiver is also invited the consider the power of the objects presented as artworks within the specific space where they are encountered, how they frame that space, and the way in which they create a gateway to these other spaces and histories through pretense and artifice.