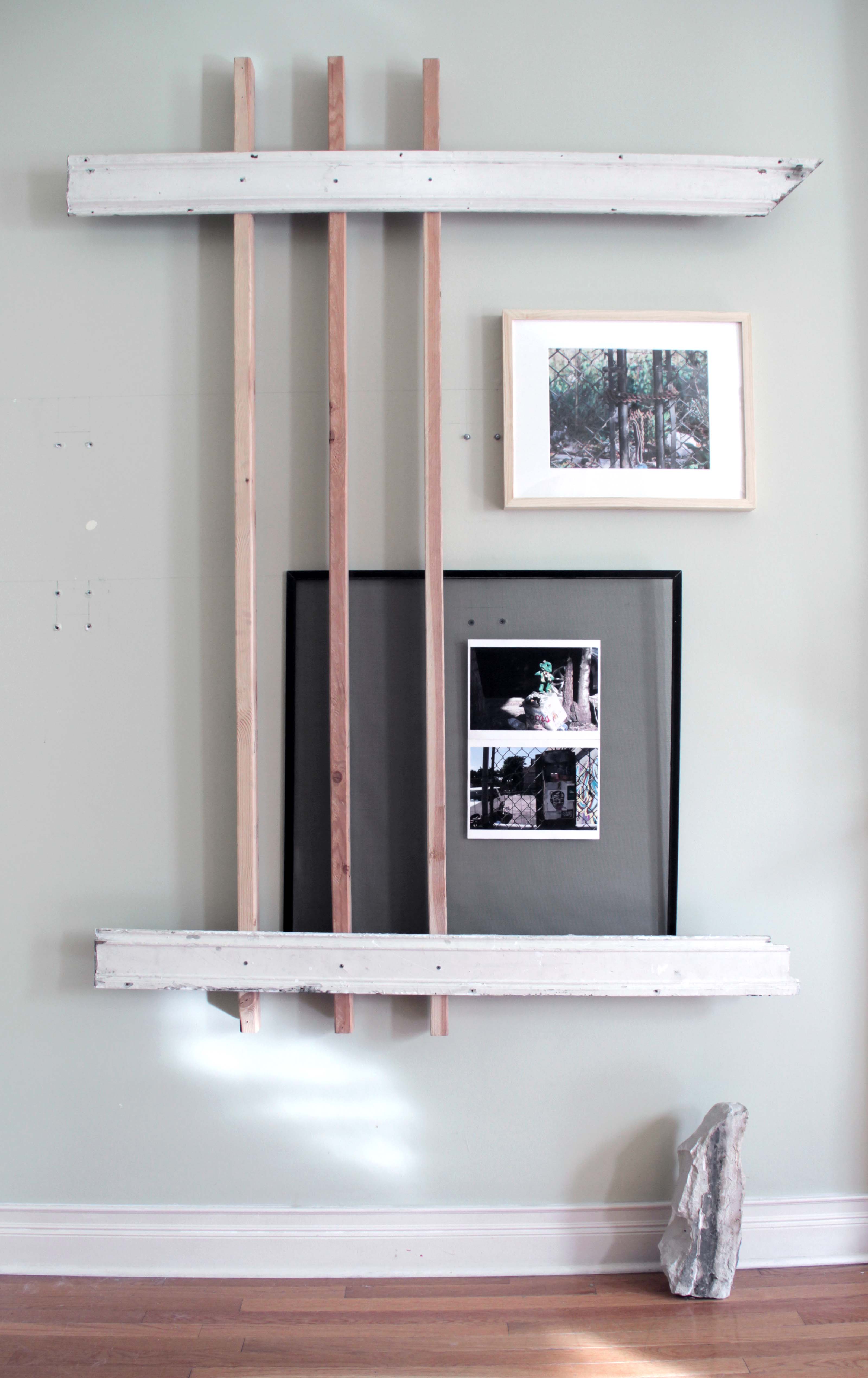 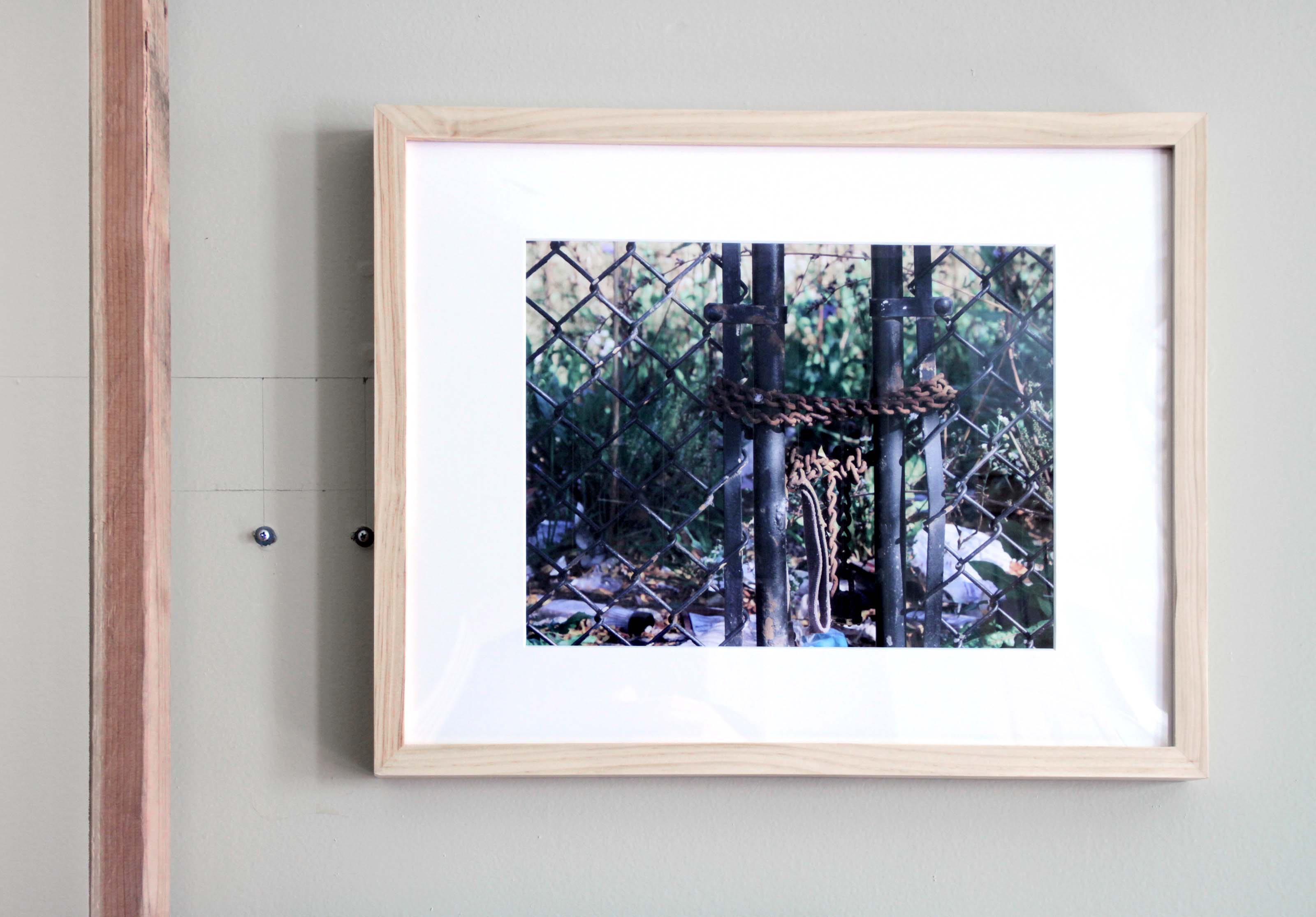 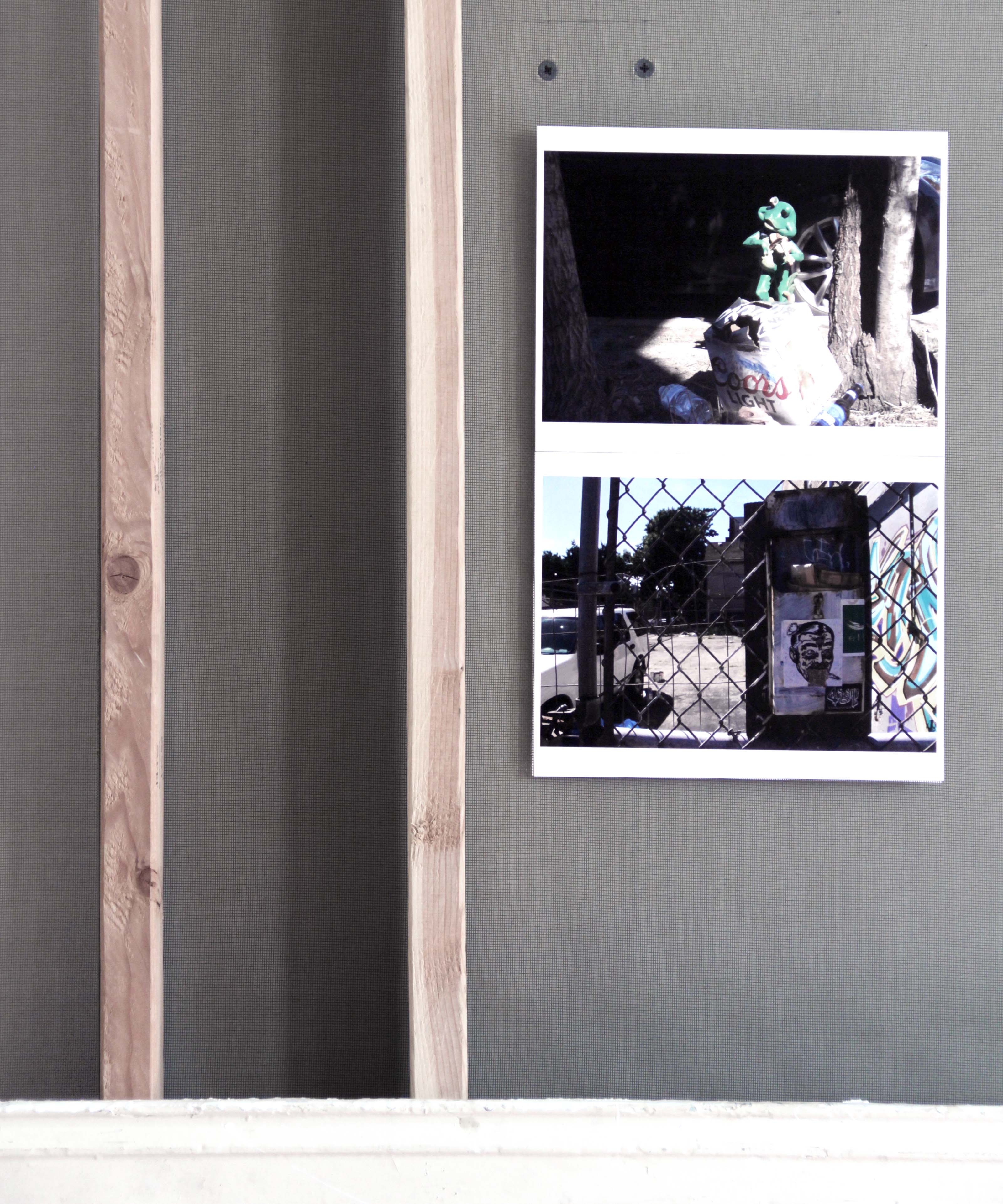 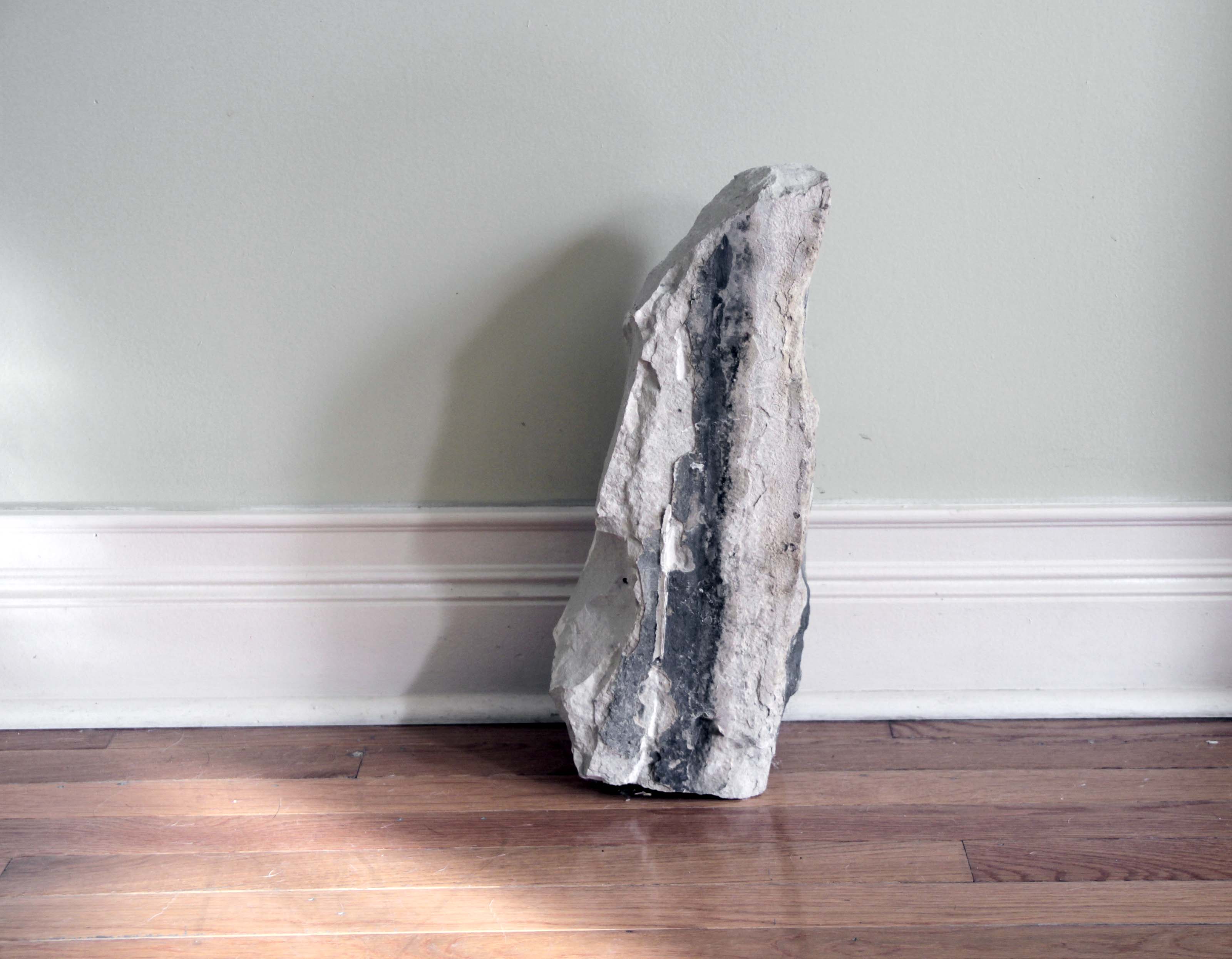 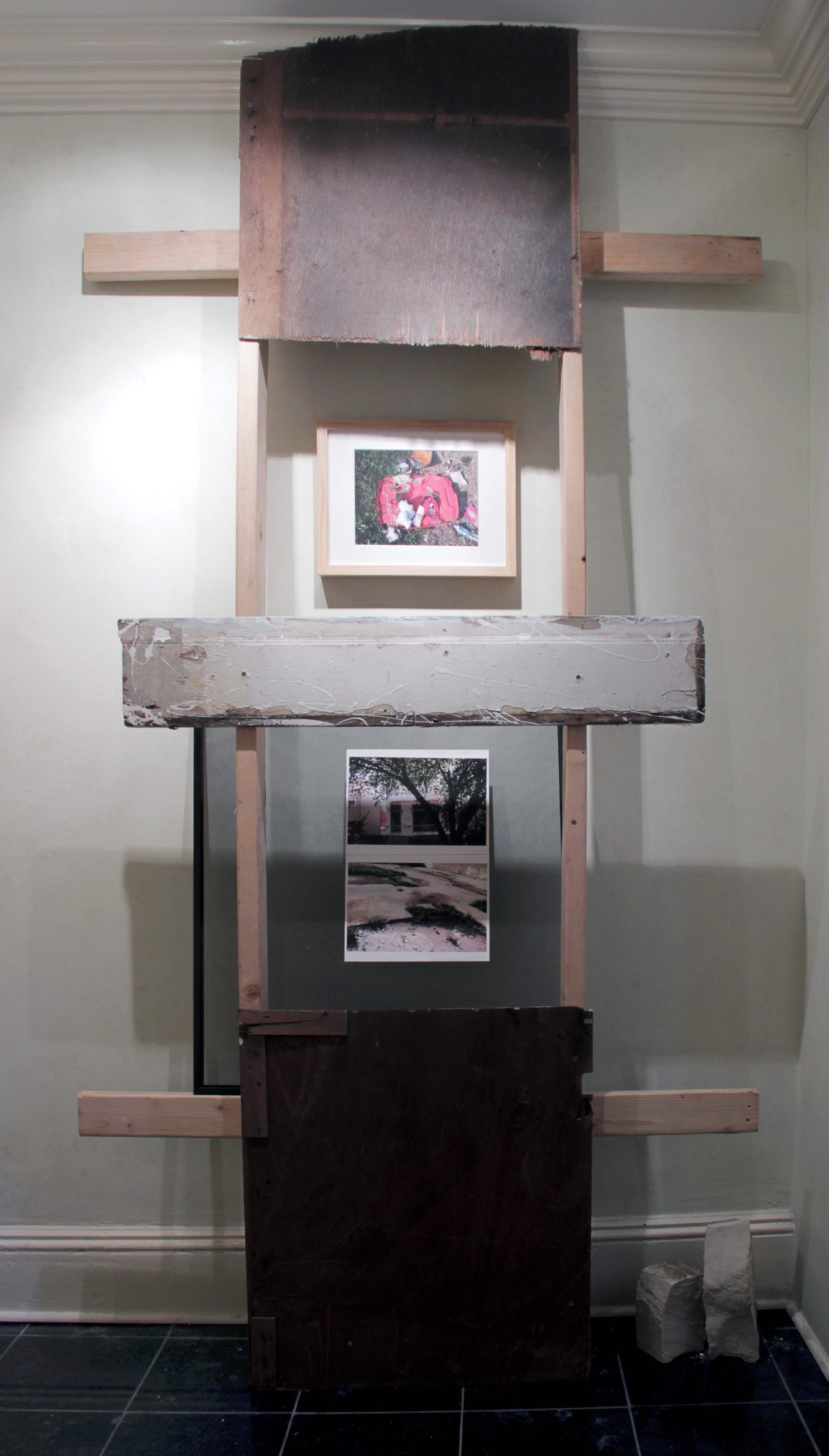 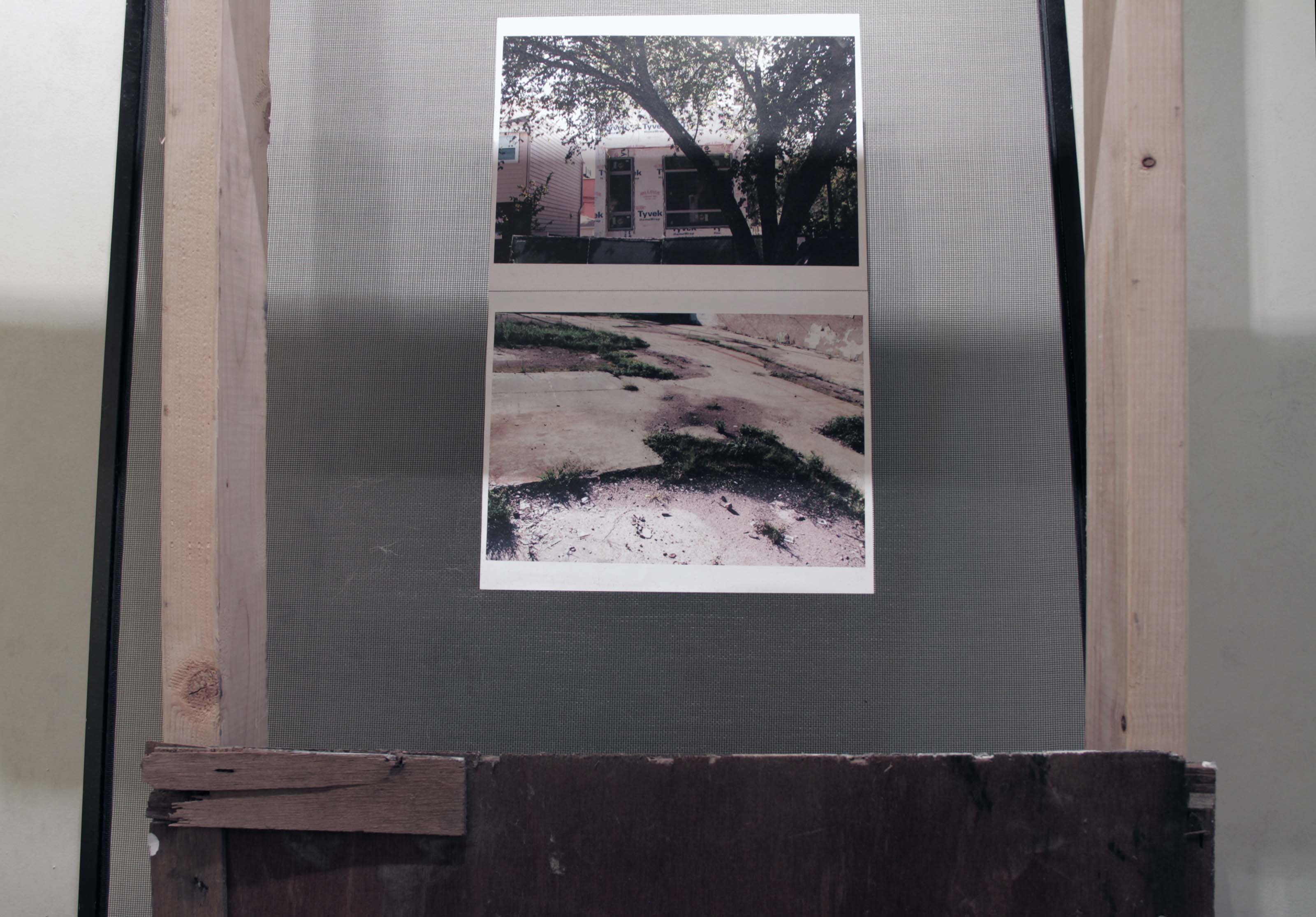 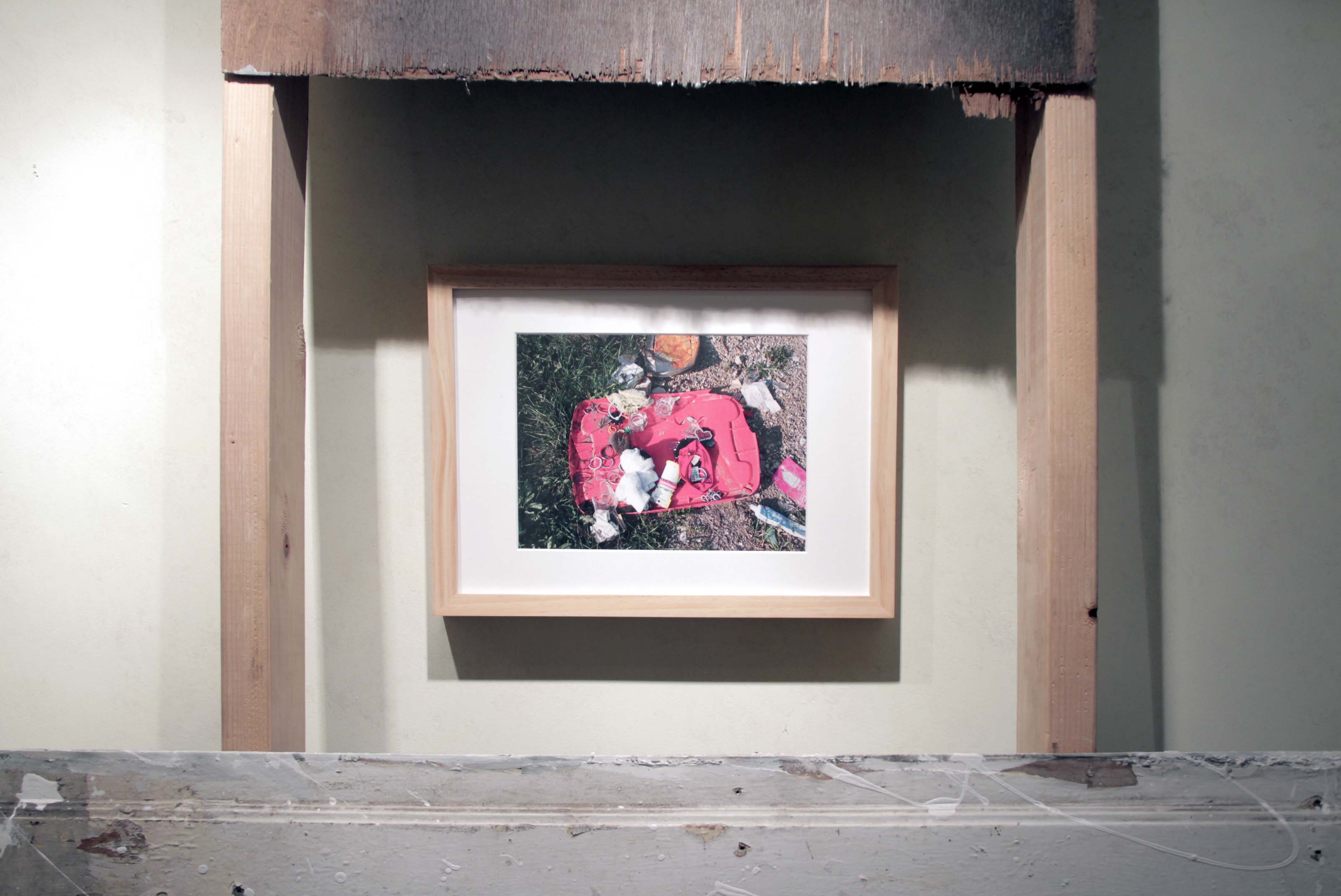 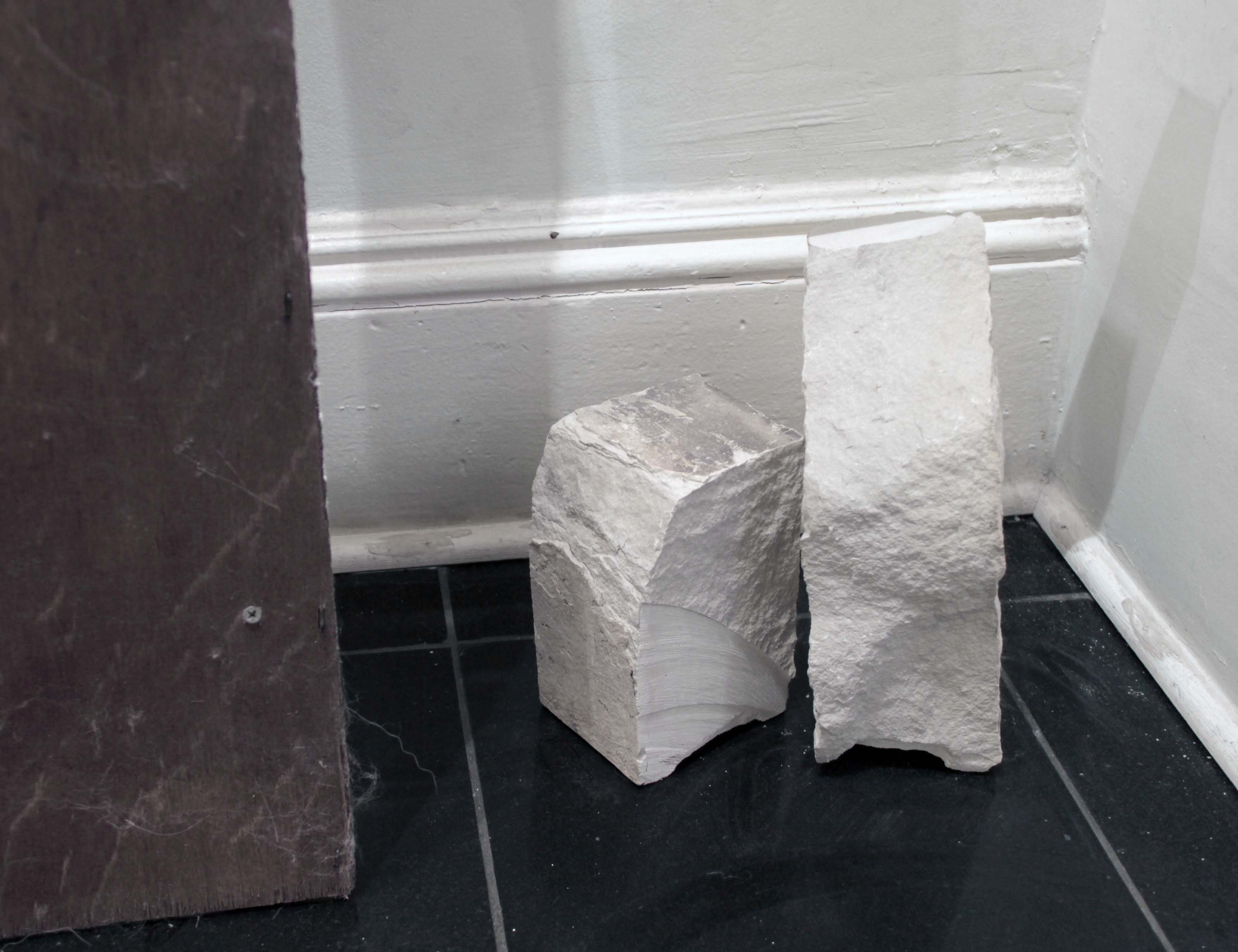 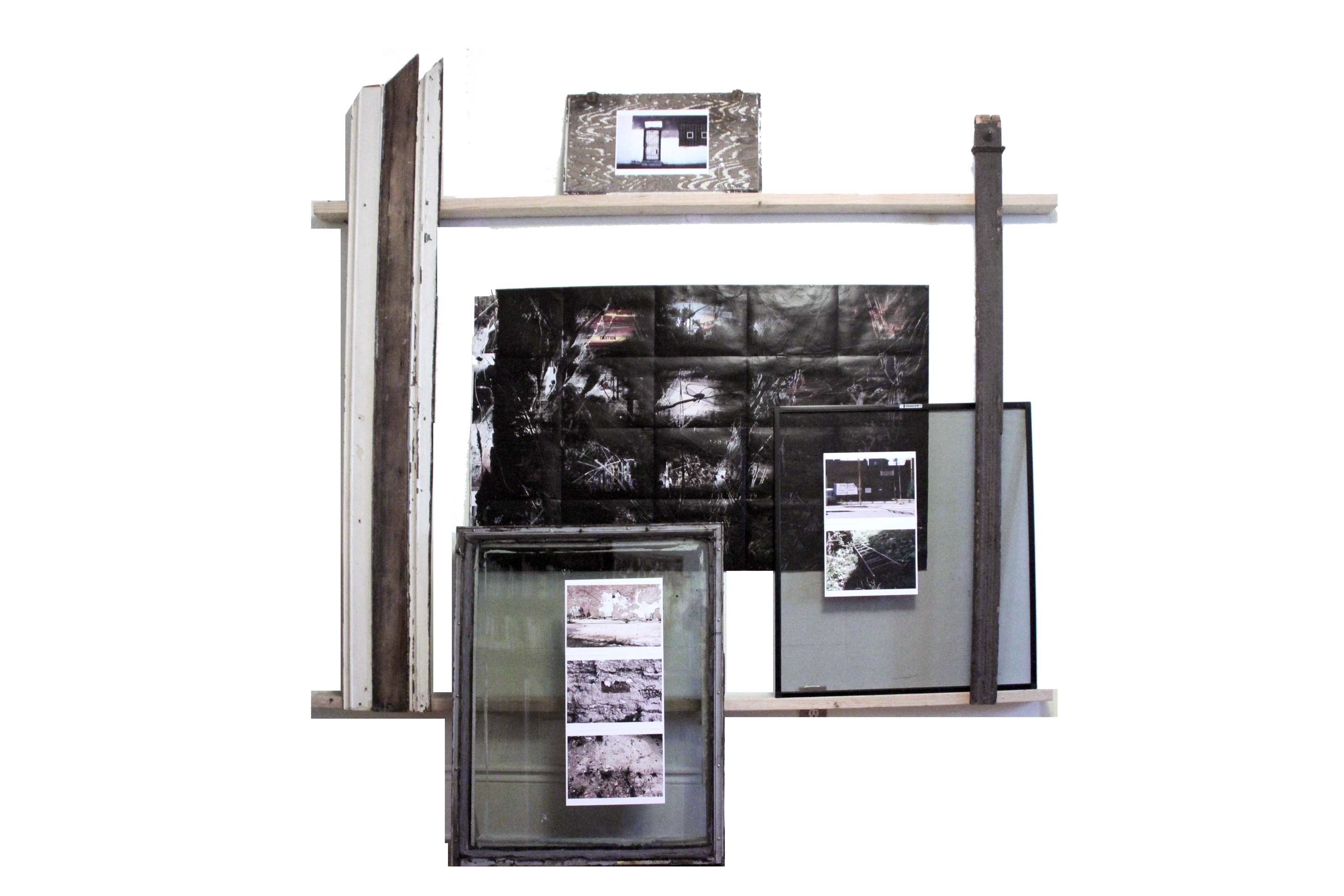 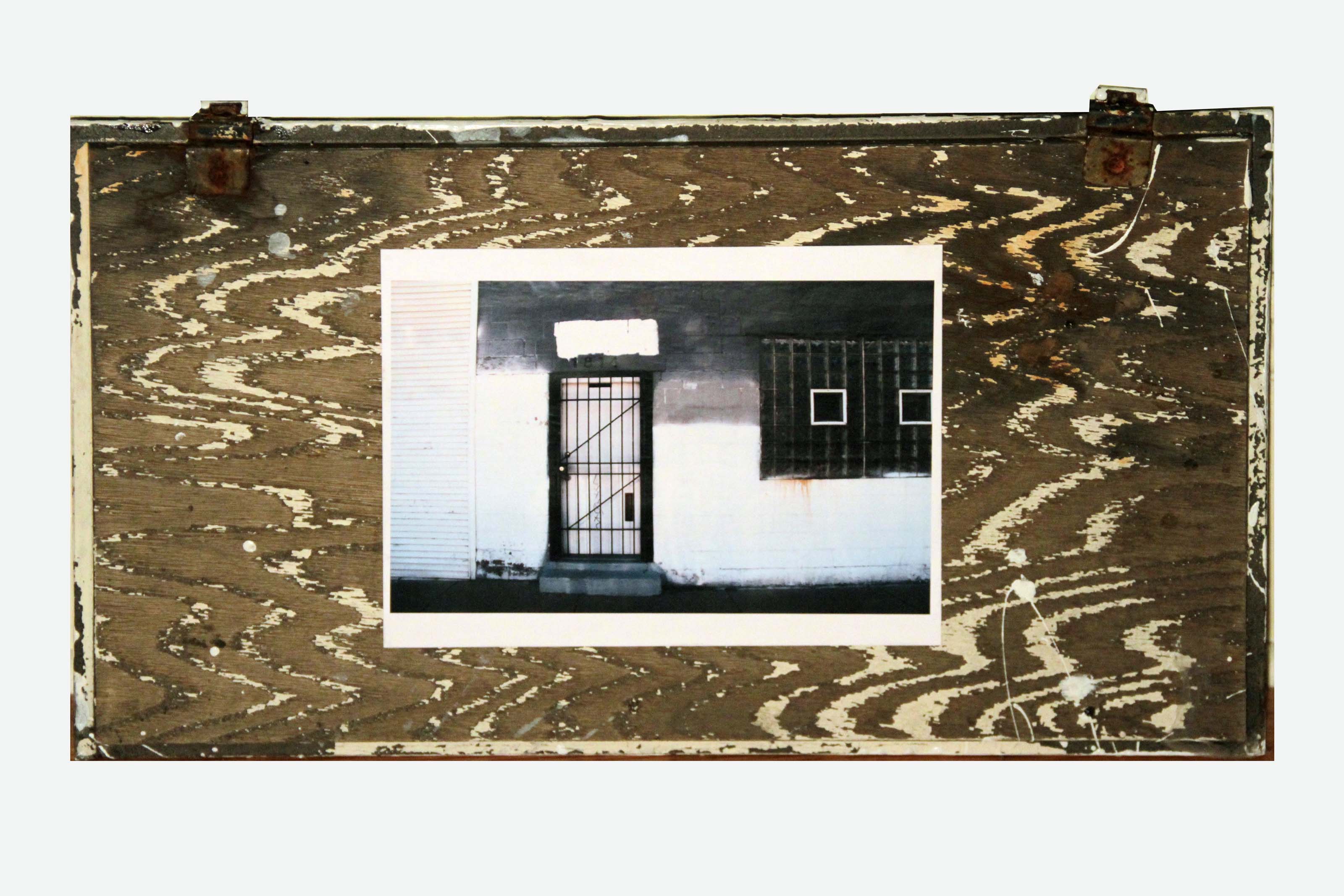 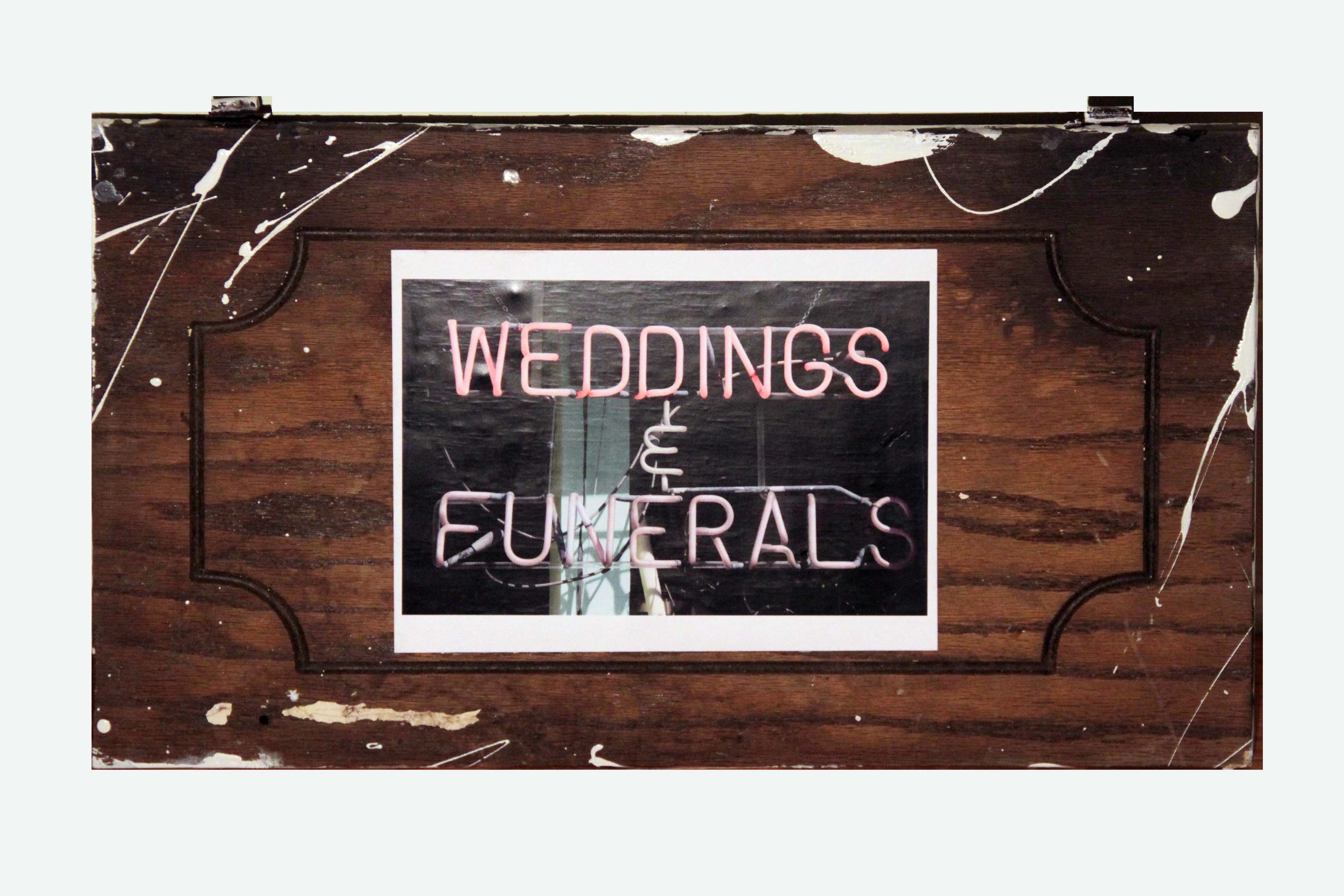 The West Side of Chicago has been both my home and the source of inspiration for a number of artworks that I have made.  These works reflects my longstanding interest in interrogating the world in which I live through the practice of making art.  This work built on a detailed investigation of the 1968 Riots following the assassination of Dr. Martin Luther King, Jr. – series 021 – and looked into the current line dividing east from west – gentrification from an area that has seen minimal reinvestment.  This line has since shifted farther west as new focus has been given to renovating the high quality housing stock east of Western Ave.  In assembling the objects and giving them context via how they interact with the photographs of the road, I wanted to evoke the dwelling from which these found remnants once belonged while also introducing the ubiquitous pine lumber out of which so much new construction is made.  At the same time, I wanted to valorize the images of the road while also in some cases actively erasing those images to evoke the process of erasure of the past that is occurring along Western Ave.  In doing so, they become empty fields evoking tiles – becoming flat and integrated with the wall on which the sculpture is encountered.