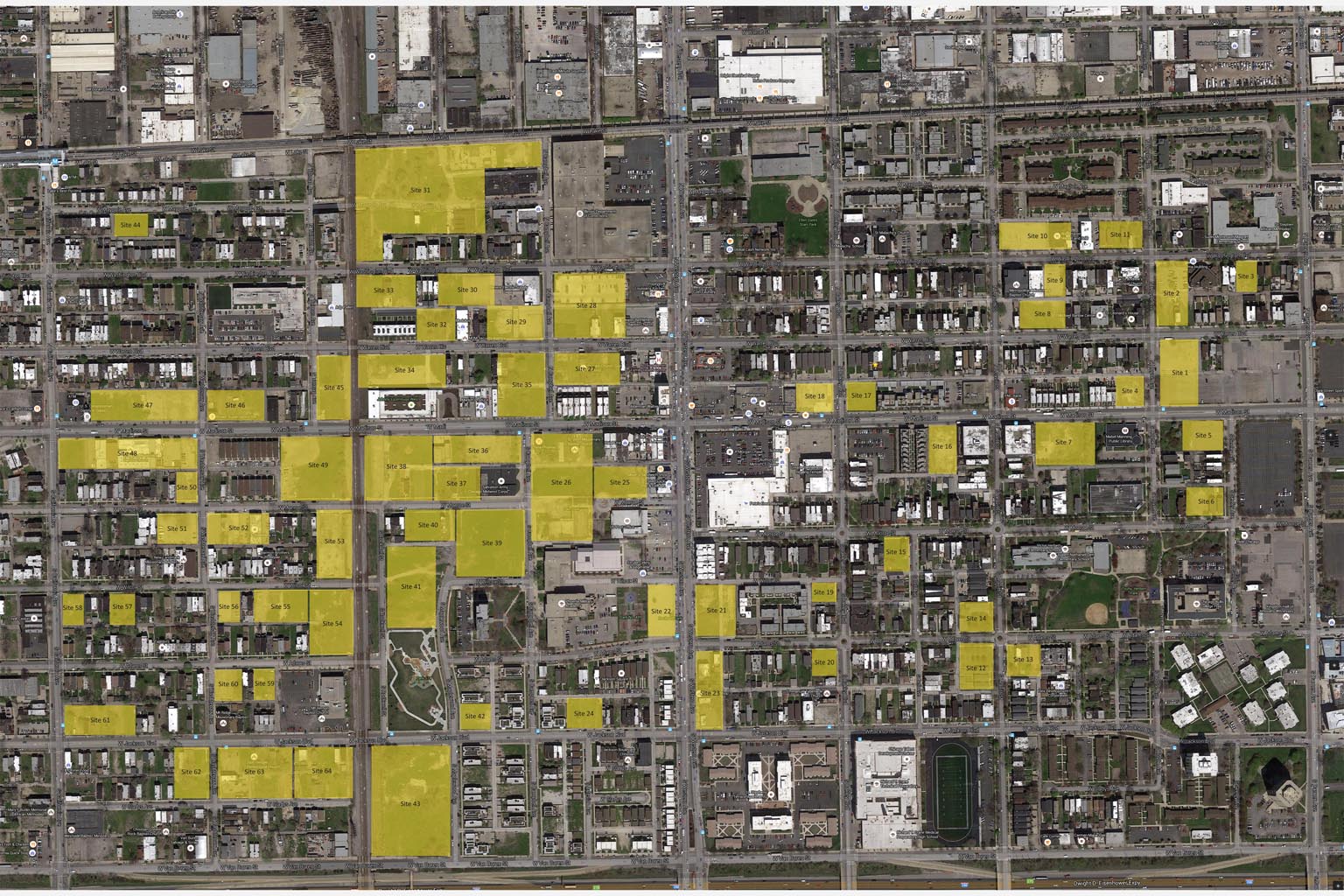 In many ways, 015 explores the line between an art practice, entrepreneurial work, and an architecture / urbanism practice.  The work began with an earnest attempt to develop strategies to rebuild the West Side of Chicago via a focus on sustainability as well as the role that digital platforms can play in managing, maintaining, and calling attention to a particular area.  The hope was that such digital platforms could serve as a scaleable service that would justify the initial investment and that would ultimately lead to investment in similar areas of cities around the country.  In order to embark on this work, I spent considerable time photographing the landscape that I hoped to attract interest in.  This initial engagement of the site led to further research into its history – especially the largely forgotten utopian Fifth City Development of the early 1960s – diagrams to help understand the urban form, interviews with residents, and partnerships with community groups.  It evolved through the development of a series of proposals for five sites on the West Side that I felt would be capable of catalyzing broader redevelopment.  At a certain point, I went so far as to highlight all of the vacant lots in the area and propose specific residential, commercial, and cultural facilities.  These building often drew upon the history of the Greek / Roman / Italian house structured around a courtyard with various commercial and agricultural functions integrated into the typology.  Finally, it took the form of a series of texts and books that summarized the approach.  While these might not fit within the traditional boundaries of an art practice, as a guide for how to engage a specific community and use design and creative thinking to benefit that community through attracting capital to improve the physical environment, they fall in line with a recent history of socially engaged practices.  They also are a clear extension from the broader body of work that seeks to interrogate sites and their histories in order to discover a material that can be used to rethink the present and possibly create an alternative future.