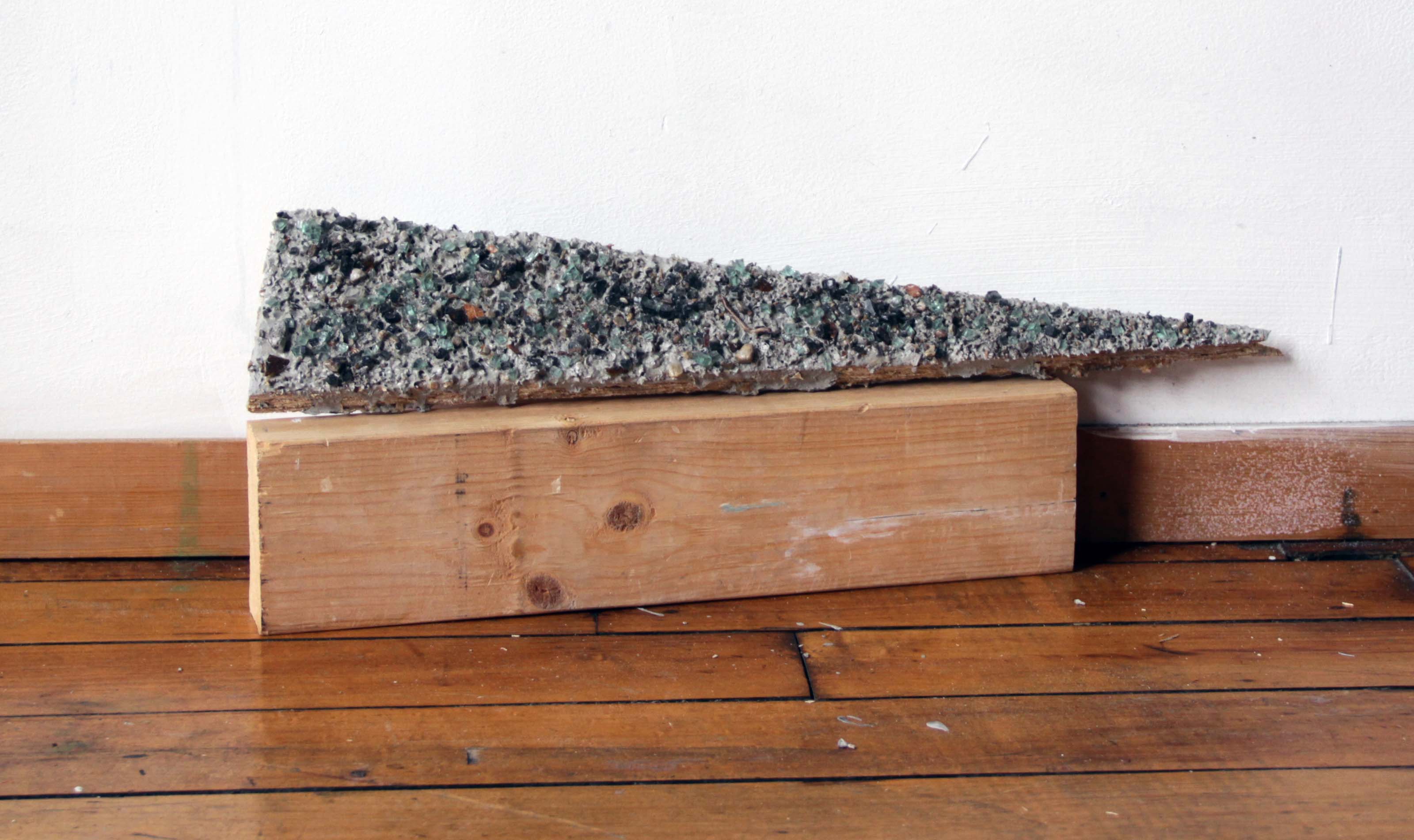 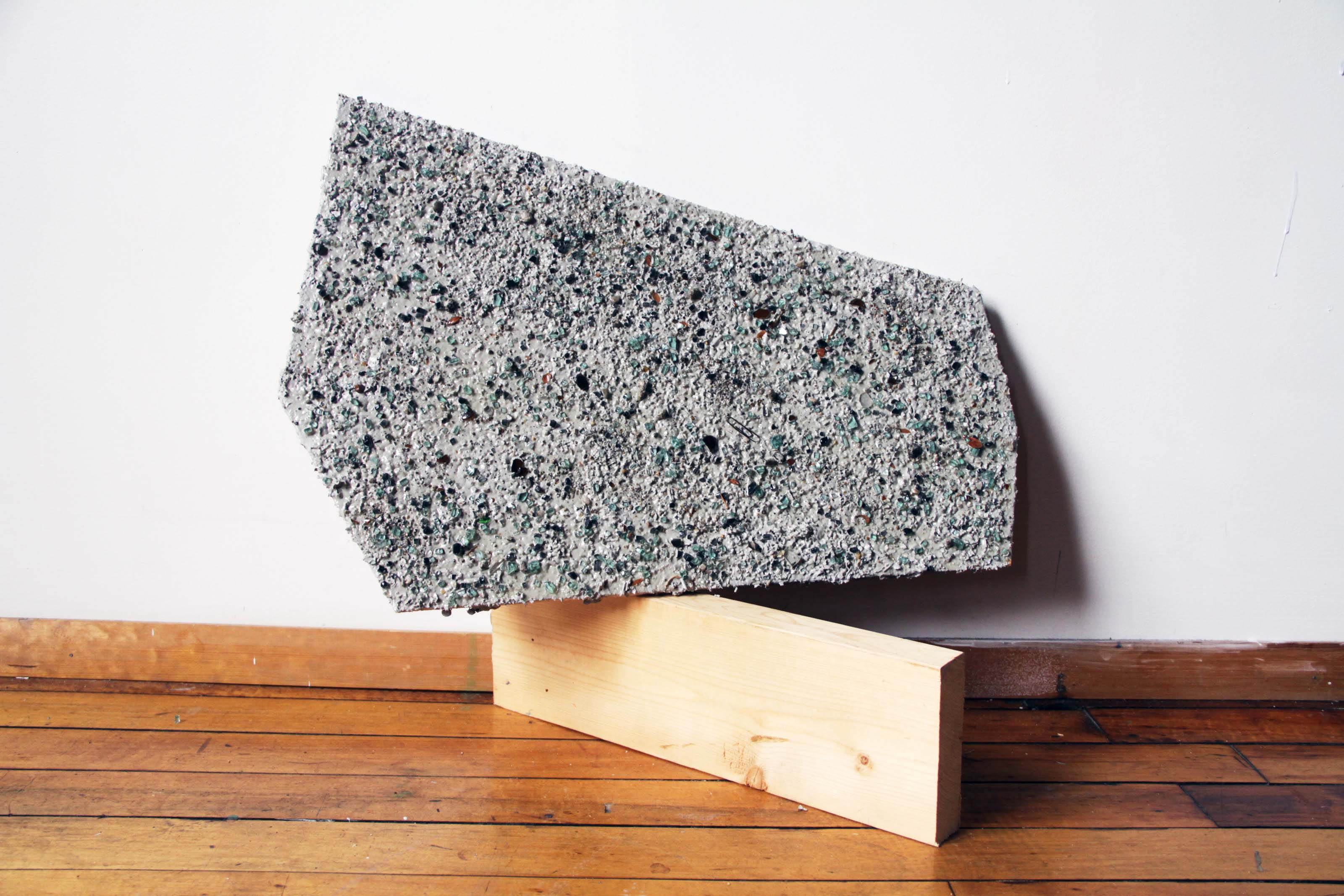 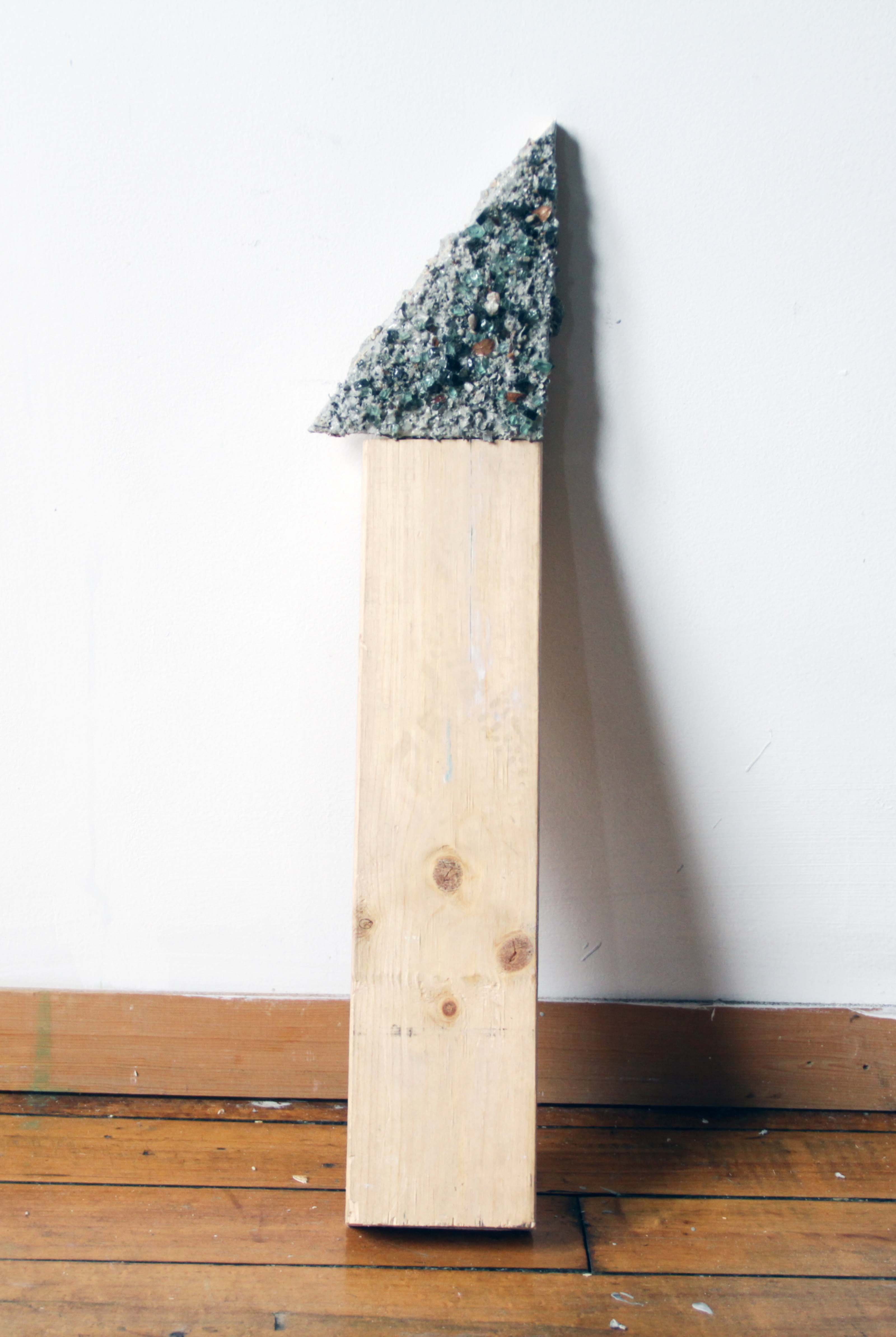 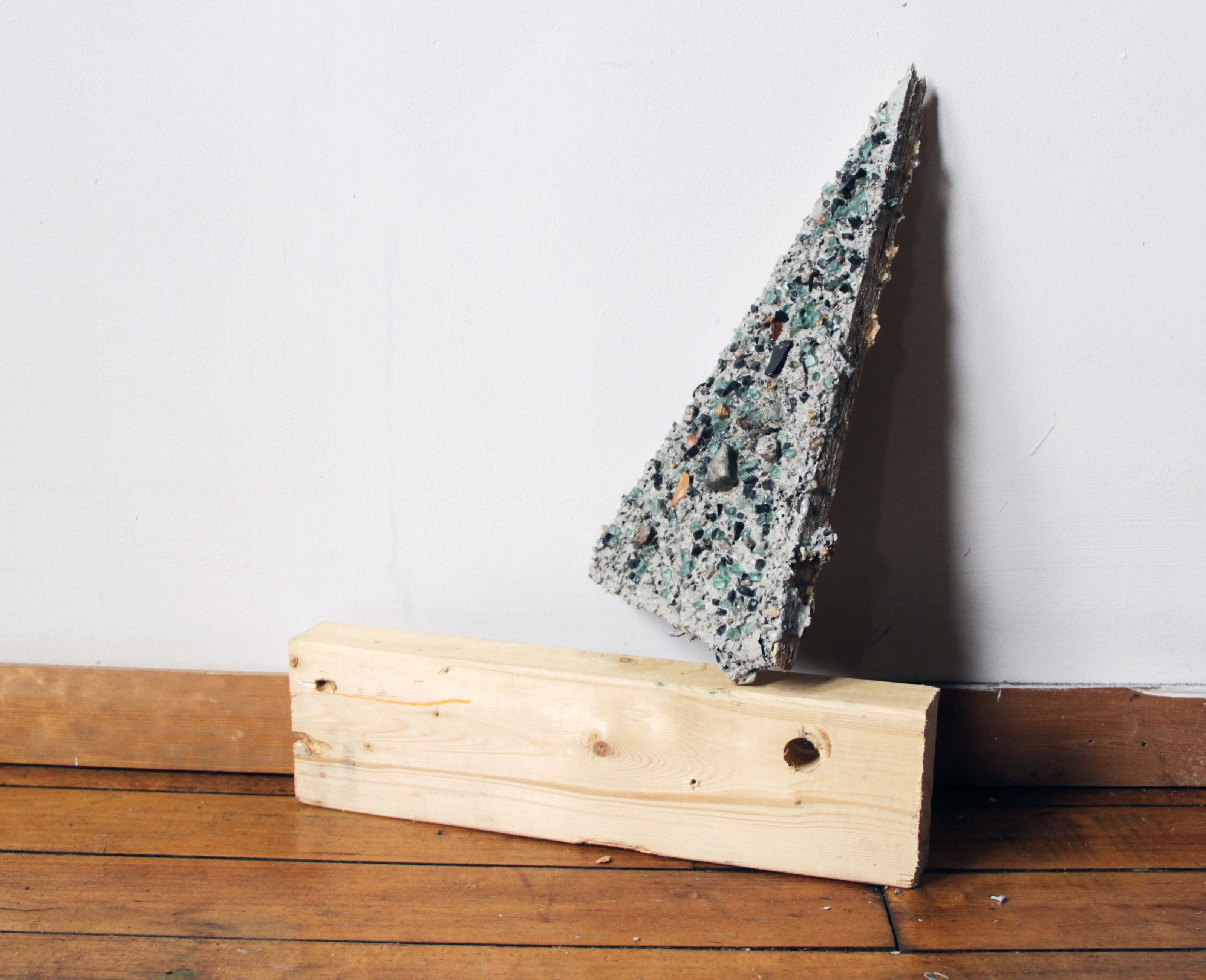 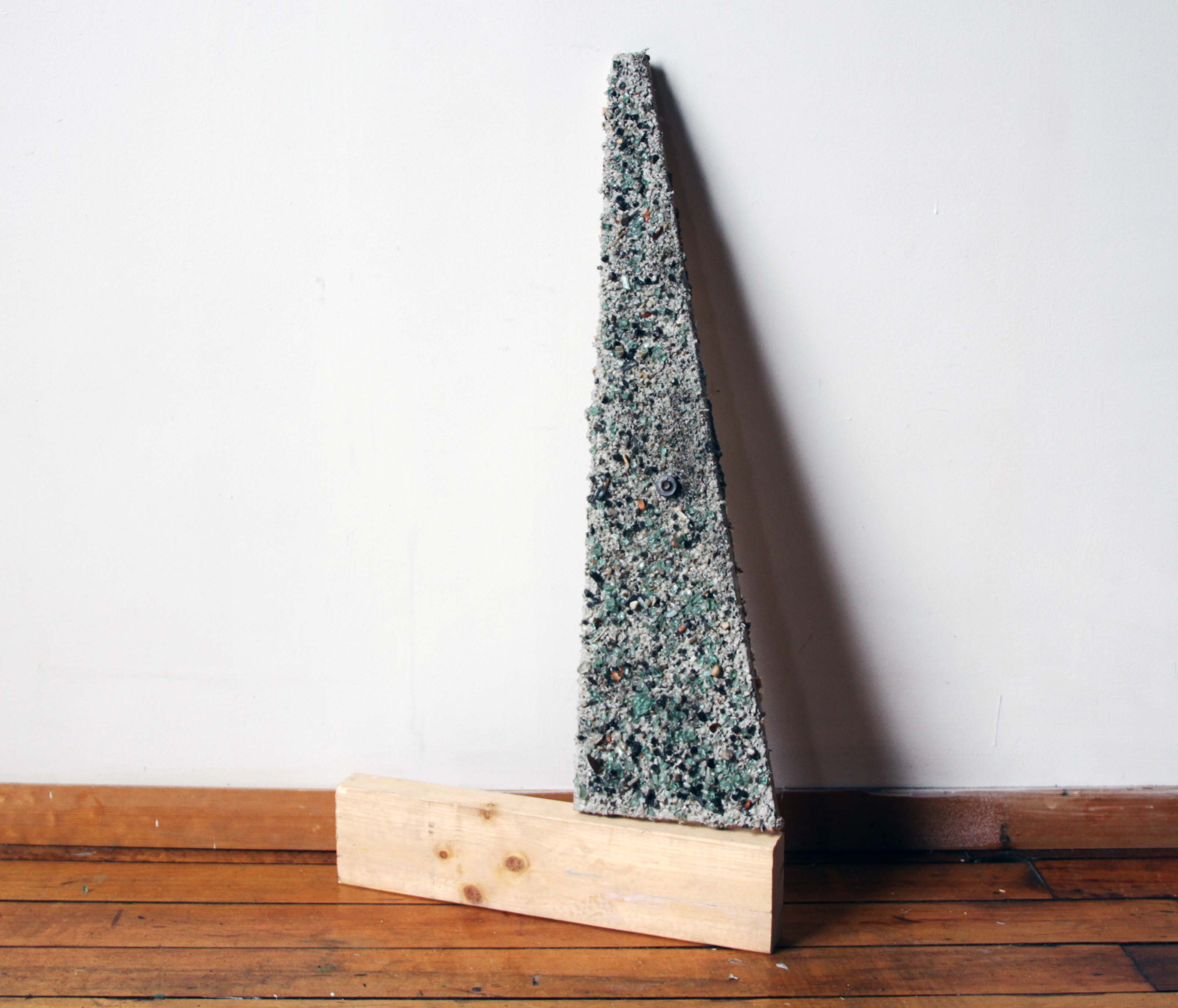 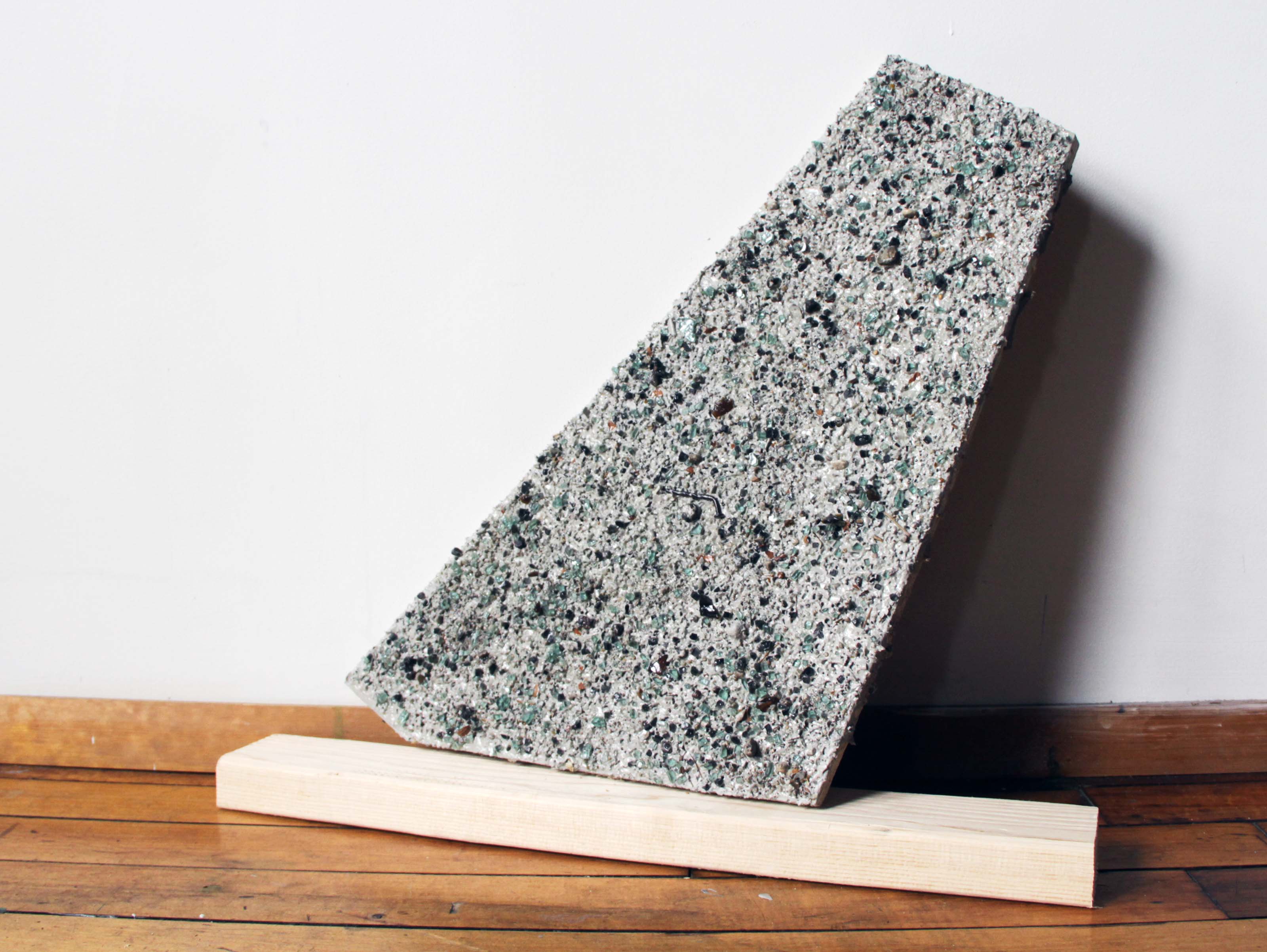 Like many of the series, this series began by photographing the site.  One of these photographs captured an artwork by Banksy of a baby carriage rolling down a set of stairs there were formed by the residual trace of the building that once occupied the site, but that had since been demolished.  Other photographs captured abandoned gloves, burned wood, empty cigarette packs, and the traces on the ground of the building that once existed on the site.  The photographs were ultimately abandoned in order to offer the receive the materiality itself of the site as mediated by geometry and paint as the only access to the site and its history.  This act of erasing the process of research and collecting evidence represents the first such use of a strategy that would become essential to producing later artworks.  It also continued a broader investigation and interest in found materials and the incorporation of materials that are not traditionally used in the creation of artwork.