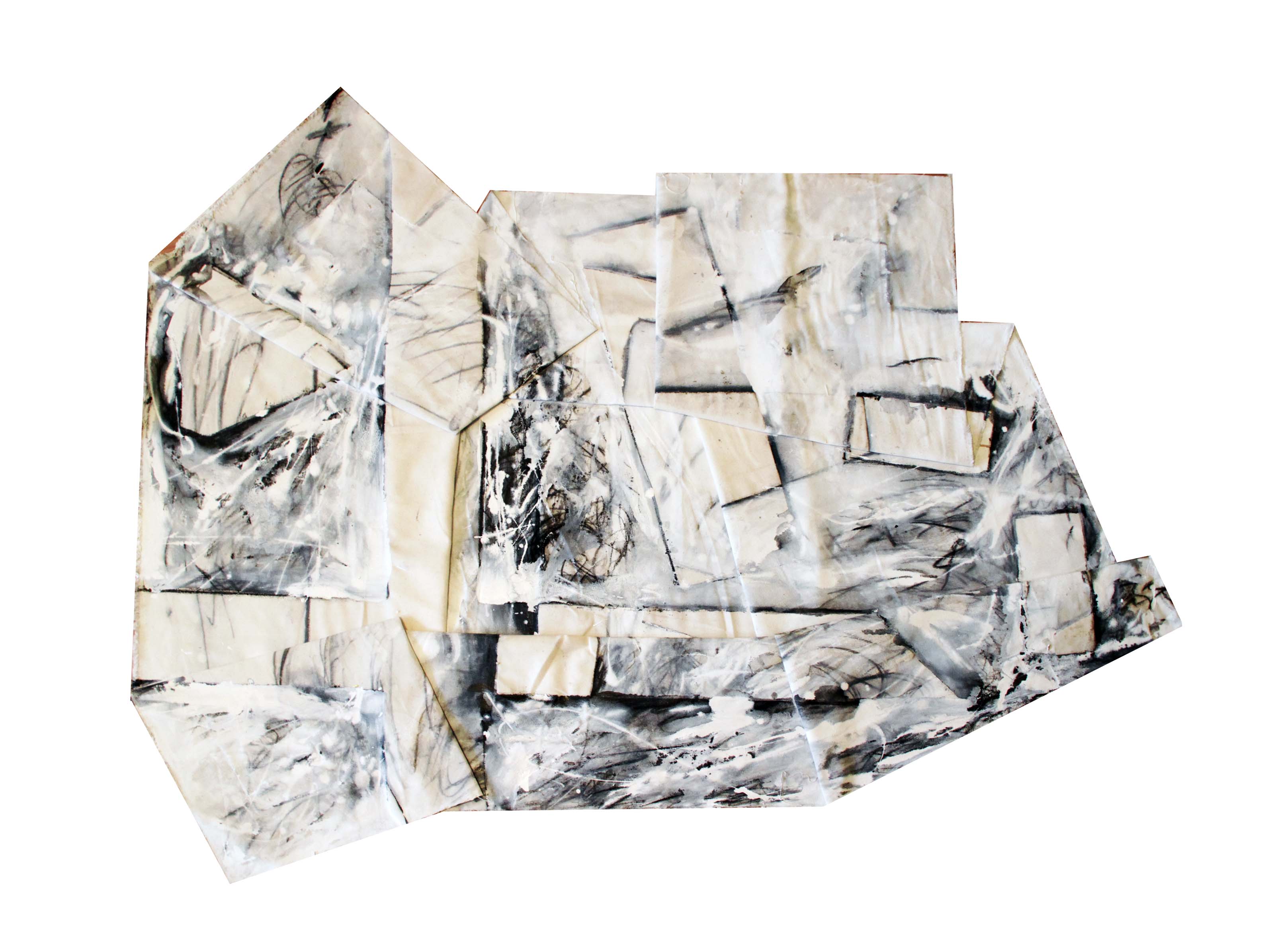 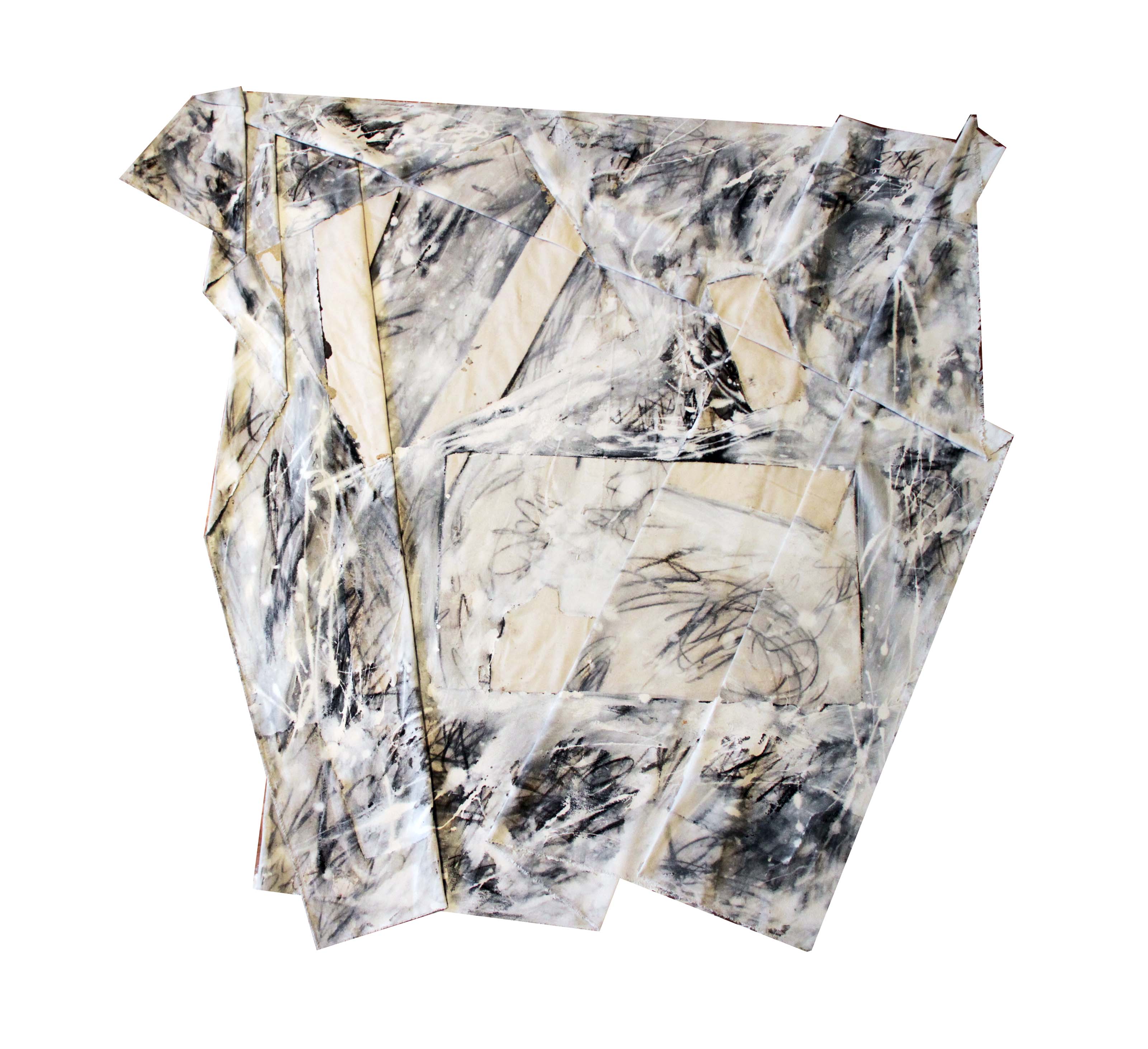 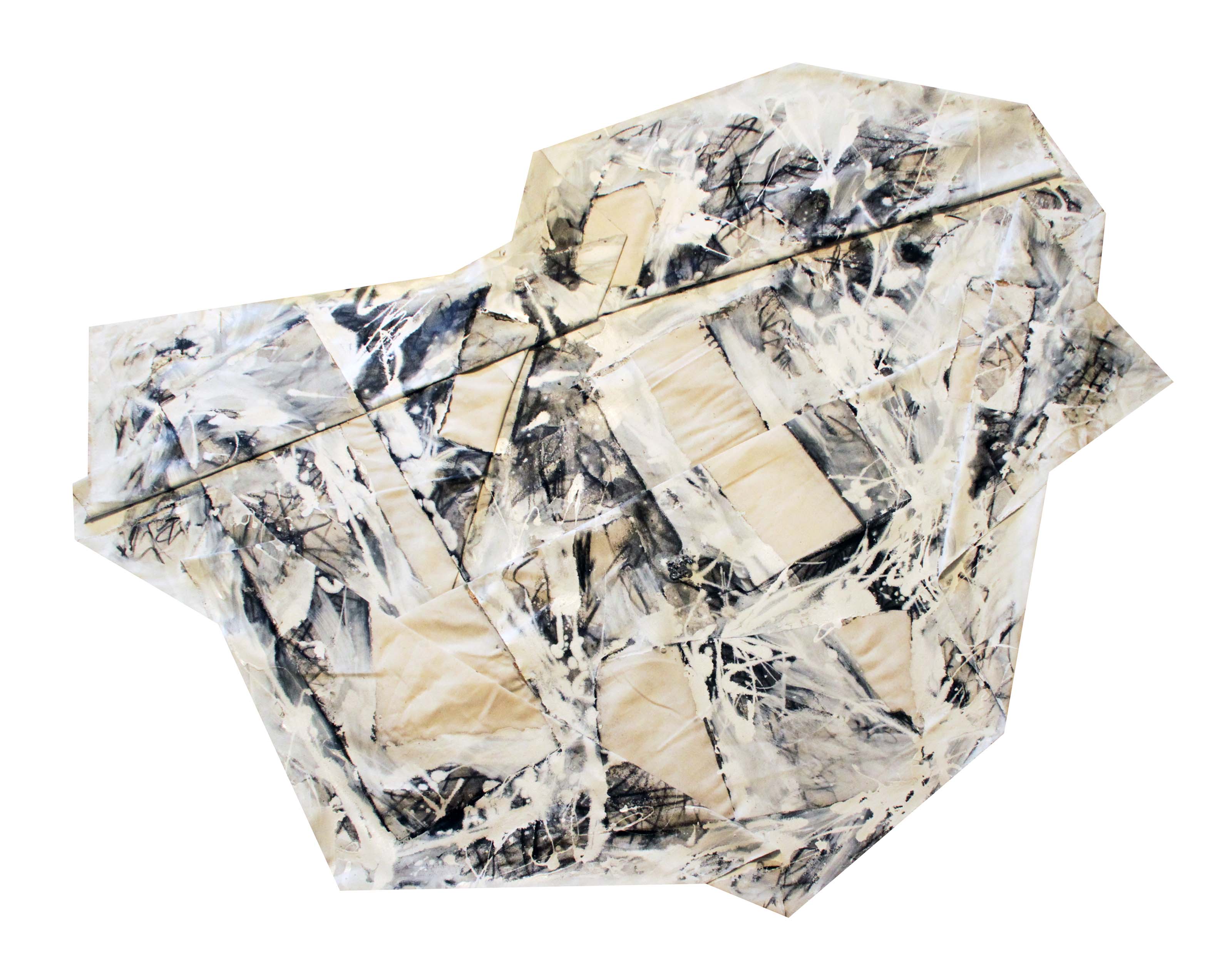 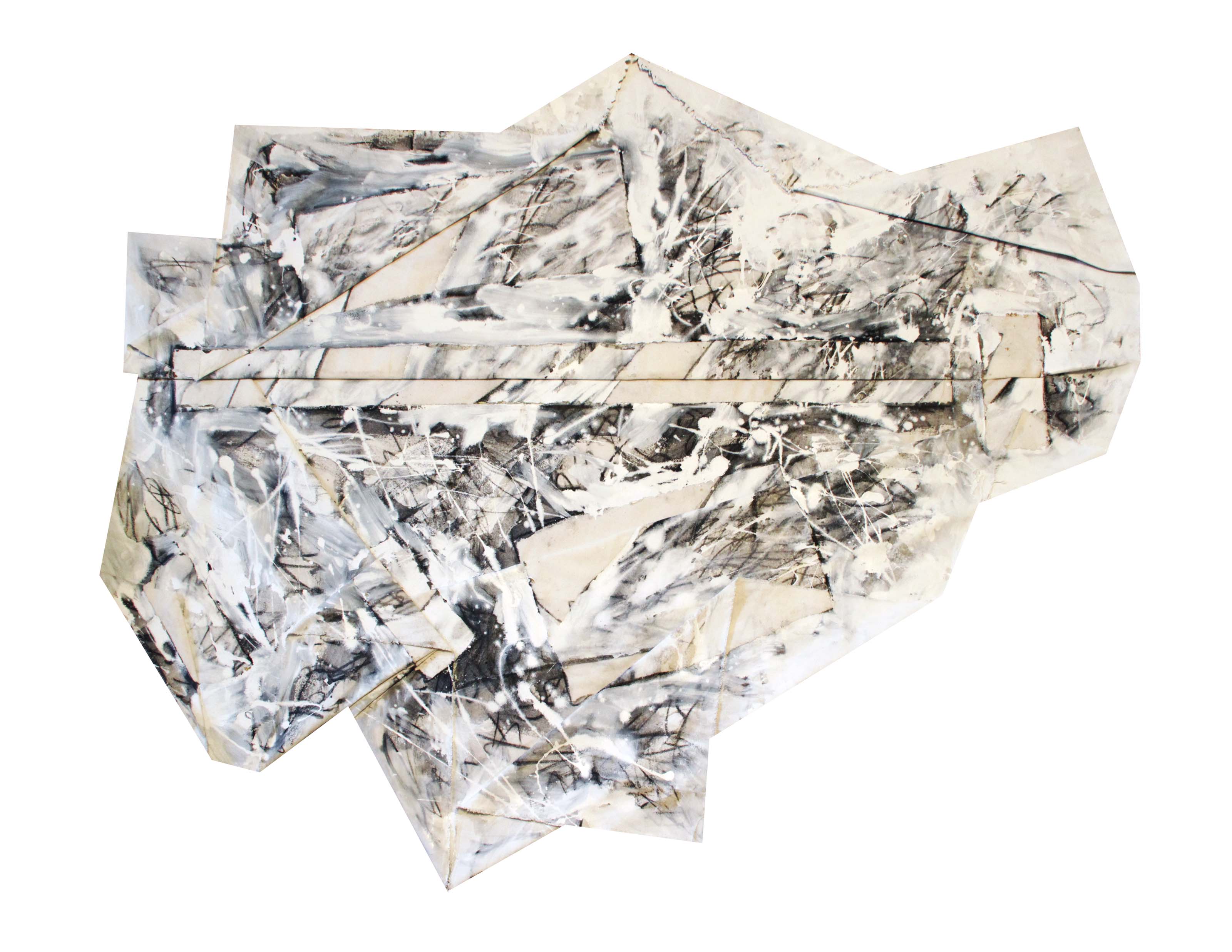 Focus: The legacy of the ’68 Riots on the Near West Side and East Garfield Park neighborhoods of Chicago
Size: each roughly 5’ x 4’
Medium: acrylic and charcoal on linen
Date: 2015

This work is derived from a prolonged investigation of the Near West Side of Chicago, East Garfield Park, West Garfield Park, and North Lawndale. The investigation began with an endeavor to developed ecologically sustainable urban planning strategies and continued by developing a series of moving image episodes about redevelopment efforts in the area. During this period, I took a variety of photographs and began collecting artifacts. These found objects became the initial departure point for this work.

At the same time, while researching the area from which these artifact came, the significant role that the riots following the assassination of Dr. Martin Luther King, Jr. played in the appearance, organization, and history of the landscape became clear.

Following the assassination on April 4th, 1968, the city remained calm for a brief period of time before groups of young men and women began to gather before marching along the street. At some point, a brick was thrown and a match lit. Rioting soon began. The rioters and looters moved from east to west, igniting fires and breaking into stores along the way. The police attempted to contain the violence, but soon Mayor Daley called the National Guard to keep order. As this occurred, local leaders such as those belonging to the Conservative Vice Lords attempted to counter these efforts and maintain peace through a social network extending into the community. Attempts to maintain peace, however, were unsuccessful. Soon, much of the West Side of the city was on fire. The majority of white-owned businesses were looted while black-owned businesses posted signs indicating that they were owned by “soul brothers and sisters” in hopes of preventing total devastation.

After a long night, the city was mostly calm by the following afternoon. In the twenty-four hours since the riots had begun, a large portion of the West Side had burned. Many of the buildings that were set on fire would subsequently be torn town. The empty lots that resulted remain vacant to this day. In this sense, the ’68 Riots following the assassination bear significant responsibility for the appearance of the area. As a result, I felt that paying homage to this history and the sites that resulted would be an essential point of departure for a broader consideration of future development in the area. It provides a virtual ground on which new structures and spaces can be built. Doing so rejects the notion of tabula rasa urbanism and instead embraces “narrative” and “mediated urbanism.”

An installation of photographs, sculptures, collages, and paintings resulted. This installation offers 5 levels at which the events that transpired are registered. The first is a set of photographs that provide a timeline. Full-page reproductions of these photographs are incorporated in this catalog. They include original images of the current state of the west side, the former Sears Administration Building as emblematic of the retreat of industry that followed soon after the riots, and architectural artifacts that were found while creating this work. These images are intended to be printed and hung in a linear path throughout the gallery. In certain cases, they are intended to pass over the second level at which the events are registered. The second level at which the events that transpired are registered is a set of paintings that are created by tracing the found architectural objects. These paintings register the chaos into which the area was thrown and the literal dislocation of people, buildings, and materials that resulted. At other points, the photographs pass over the third level at which the events are registered. These collages are created by taking photographs of the process of tracing the architecture objects onto canvas. If the paintings register an absence and tactical chaos created with the hand, these collages are the inverse. They capture the image of the architectural objects as they are recombined to create a new structure that can be inhabited by the receiver of the installation. They are executed with the precision of the computer and rendered with clarity. A series of works that combine a trace of these objects on wallpaper from buildings on the west side, photographs of decayed surfaces in the Sears Administration Building, and graphite rubbings of the architectural artifacts lie somewhere in-between. They exist as autonomous from the broader sequence of photographs that are hung in a linear manner on the walls of the gallery. These works serve to punctuate and provide a moment of rest from the sequence of images that offer a narrative of the riot. The final level at which the events are registered are a series of sculptures created from the found objects. By occupying the space in which the receiver moves, these sculptures offer an entry point into the broader installation. To a certain extent, each sculpture is conceived as an agglomeration of different agents who played a critical role in the events that unfolded. In this sense, the sculptures are subjects watching the broader events unfolding through objects, images, paintings, and drawings.

The result of these efforts is a work that creates room to consider the events that took place, the social space in which they occurred, the immediate effects, and the long term consequences for the West Side and the City of Chicago. This room supports a number of competing temporalities that allow for a nuanced understanding to arise. They exist as the literal sequence of events that unfolded and that are captured in the images arranged in a long line on the wall. They also lie in the duration of collecting, tracing, and recombining the architectural artifacts. Finally, they lie in the static and finished nature of the art objects that fill the space. Together, the installation allows us to contemplate presence and loss, destruction, and rebirth through the combination of materials that might otherwise be discarded.