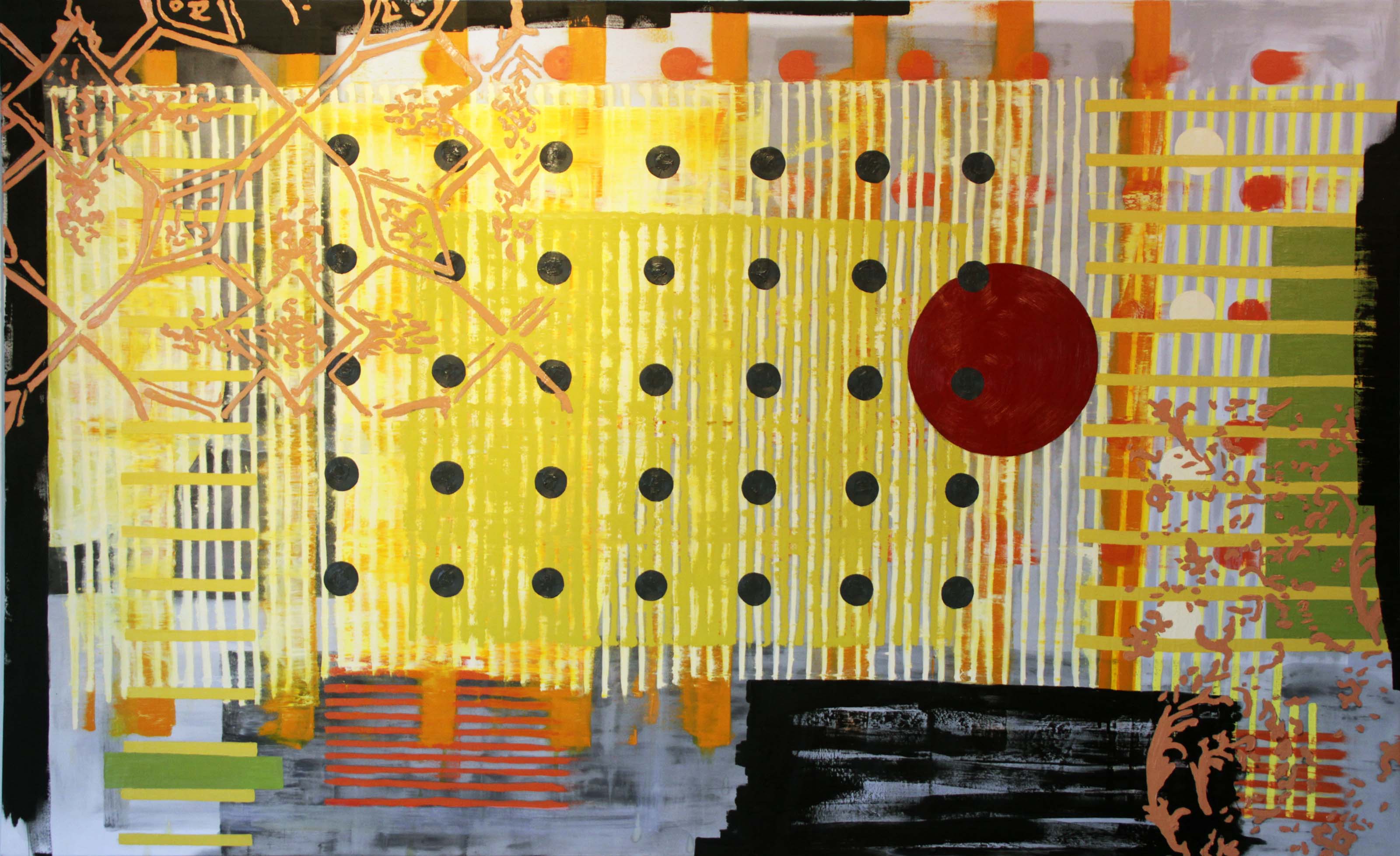 Focus: the construction of a self-referential space on canvas
Size: 5' x 8'
Medium: oil, acrylic, and pigment on canvas
Date: February 2013

I have been challenging what a painting is since beginning to make art with some level of seriousness in 1999.  This began with a sustained focus on integrating acetone transfers of photographs of space into paintings of that space, continued with large abstractions of space integrated objects from that spaces into the picture plane, and continued with paintings of space that attempted to become almost entirely monochromatic while still retaining a trace of the image.  I made abstracted portraits of people associated with paradigm shifts of wealth and of people who’d generated wealth through cheating others.  I made paintings of the sidewalk and paintings of significant historic sites with the intention of projecting footage of those sites on their surface.  I made paintings of voids and paintings of explosions of color.  At the same time, I started breaking the edge of the frame – extending the painting into the realm of sculpture in the process.  Ultimately, it became clear that these works were less concerned with the practice of painting and more with what challenging what could exist on the wall and be considered art.  Their focus was on representation, the image, and the status of the object.  Still, many were overtly paintings and will find their home in this collection via an open set of experiments with painting that have merit, but don’t lead to a broader series of exploration.  In some senses, 023 and 024 are the exception in the sense that these isolated paintings led – albeit 7 years later – to a more in-depth and prolonged commitment to the practice of painting – its history and what I feel is possible for painting in the future.