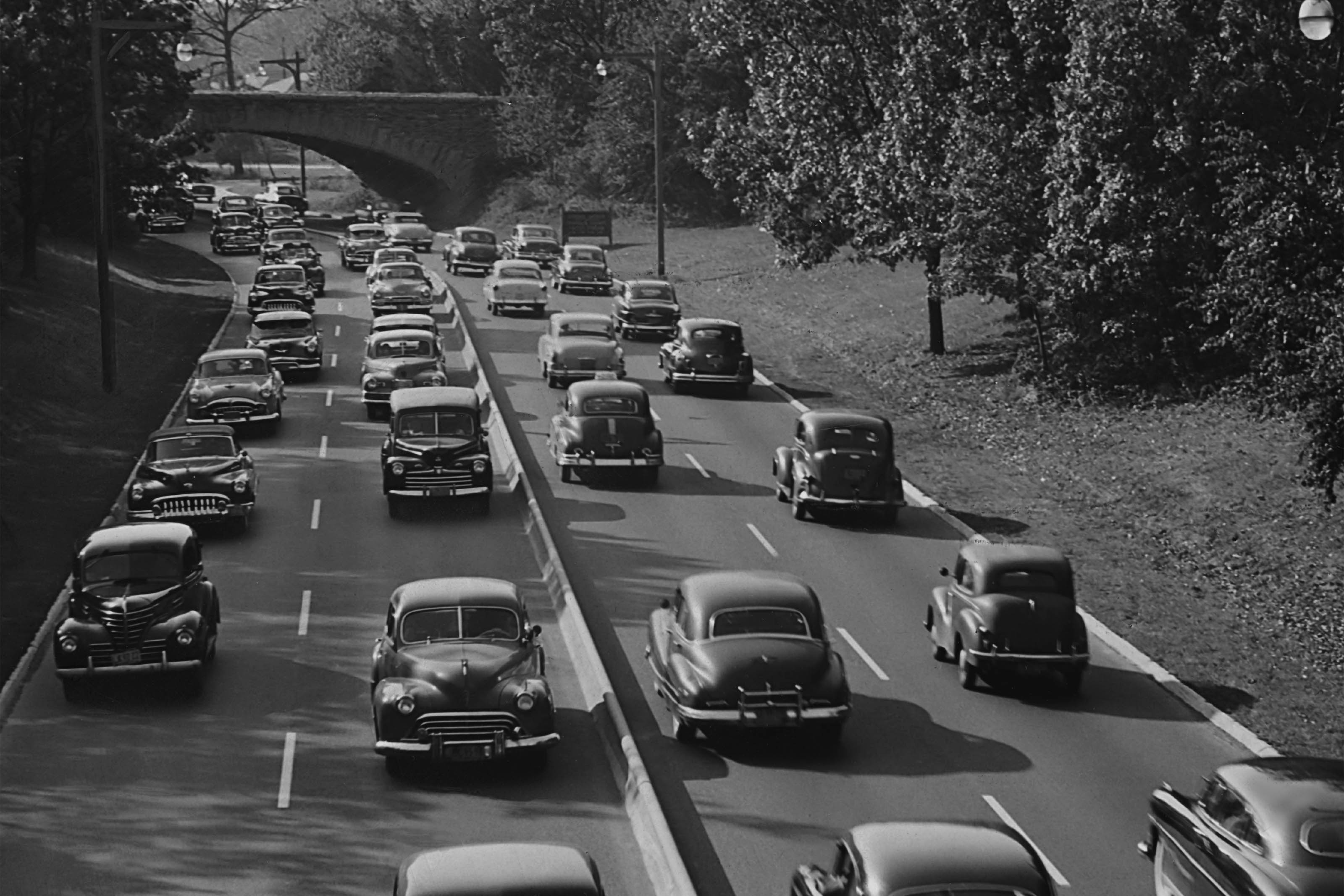 Too often, the work that takes place to build and re-build our cities occurs in isolated parcels of varying scales driven by the ambitions of real estate developers to create new space through investment in order to ultimately make a profit.  Spending directly by city governments mostly takes the form of infrastructure maintenance or tax incentives to developers to build projects.  Rarely does a cohesive vision for city or regional planning emerge.  The result is often the perception of urban development driven by speculation leading to higher rents, taxes, and gentrification that can force existing residents out.  At the same time, it is important to realize that through new developments, the tax base can increase, developers can support the construction of new infrastructure, and can help active previously dormant sections of the city, bridge disconnected parts, and ignite new vibrant urban life.

The conversation is particularly charged in the context of projects that have received national attention and considerable criticism such as Hudson Yards as well as a national affordable housing crisis that is making it difficult for many people to live near their jobs or in neighborhoods their families have called home for many decades.  Hudson Yards in particular has been criticized for creating a series of uninspired buildings surrounding an ultra-luxurious shopping mall.  Even The Vessel that could have been seen as a positive contribution to the cultural landscape of New York has been met with skepticism as a result of its extreme cost, void like form, and lack of a clearly positive impact in a city beset by extreme and increasing inequality.  The one exception to this criticism is The Shed that many view as a much needed space that fills rather than creates a void in the cultural landscape.

Three projects in Chicago offer the broader City these opportunities and potential drawbacks.  These include Lincoln Yards on the western edge of Lincoln Park, the redevelopment of the Tribune Publishing Site on the western edge of River North, and the 78 on the western edge of the South Loop.  The projects share a number of features in common.  They are all situated along the Chicago River, are mega developments occupying a significant amount of land supporting a diversity of typologies, are situated in formed industrial areas, and would create an opportunity to bridge disconnected neighborhoods.  These mega developments are taking place after a period that saw few projects of this scale.  The most immediate predecessors were the creation of the Central in the South Loop.  Years prior, one could look to Dearborn Park, Streeterville, Sandborn Village, among others as precedents.  In recent years, however, development has been largely concentrated in the West Loop of Chicago and adding density to existing neighborhoods.

Common to many of these developments is the transformation of land and buildings once dedicated to industrial, meat packing, and produce uses.  While these industries once needed to be in close proximity to customers, logistics and customer basses have changed.  It has also becomes increasingly hard to get large trucks into those areas.  Prices of this real estate are rising rapidly which in turn is making it possible for owners to relocate.  The buildings are then sold and converted into a range of programs such as restaurants, offices, and retail.  The result is a newly desirable area with a range of activities and zoning.

One of the key characteristics of the redevelopment of the West Loop that future developments should consider is the legacy of early urban pioneers interested in living and working in the area.  These included those working in art and design as well as those who wanted large open lofts in which to live and restaurants interested in an edgy urban vibe.  The result has been a neighborhood that is quite diverse, but whose diversity is threatened as real estate prices rise and long-term tenants are forced to move.

The redeveloped and new buildings have become quite attractive to many large companies in part as a result of the large open plans of historic loft buildings and the large blocks that have allowed developers to build large uninterrupted spaces.  These open plans and capacity to house teams on one floor are conducive to trends in contemporary office design.  At the same time, the close proximity to the Loop and transit lines such as the Morgan St. Green Line Station further enhance the attractiveness of the area.  These trends are certain to continue with the construction of the Dame St. Station that will open in 2020.

The result of these trends is enhanced density leading to greater stress placed on existing infrastructure that affects both infrastructure in close proximity as well as the system as a whole.  It also increases the supply of different types of asset classes that could affect broader prices.  At the same time, an enhanced sense of place with new amenities results that could make the area more attractive and lead to rising prices that could displace existing residents.  This all occurs in the broader context of decaying infrastructure ranging from overpasses to bridges, train lines, and urban lighting.  The result could be a situation where developers improve islands of infrastructure while receiving large tax breaks that fail to improve the system as a whole.

In this context, architects and urban planners need to think of ways of supporting development efforts while also combatting some of the negative effects.  This is something that we have tried to do in several of our recent projects.  With the Land Rover Regional Offices in Shanghai, we created a campus whose boundaries were porous and allowed for a high level of connectivity with the surrounding area.  The scale of the plaza was addressed to the body of the visitor and public space were distributed across a series of levels connected by stairs to support a diversity of experiences.  This strategy was also employed with the way in which we opened Diablos Rojos Stadium to the community both through its form and through how we programmed the stadium to include a market for the local community and discounted tickets for those living nearby.

In the context of our larger infrastructure projects, we have looked an innovative ways of integrating infrastructure with broader programs to enhance the quality of life.  This was the case with Harmony Bridge.  With this project, we integrated the bridge with a park and designed the bridge in such a way that it would also function as an artwork both via the experience of the sound that would be generated by the motion of the cars and experienced while passing by foot or car and via its image when illuminated at night and see at a distance.  With our 2nd Place Competition Entry for the New International Airport in Mexico City, we integrated gardens within the airport to create moments of repose and rest.

The developers behind Lincoln Yards and The 78 – Sterling Bay and Related Midwest – have adopted a similar strategy.  They are integrating new transportation infrastructure and are also including cultural destinations.  In the case of Lincoln Yards, they have taken steps to incorporate feedback from the existing community that has led to the inclusion of more affordable housing and the reduction of height.  At the same time, greater effort might be taken to integrate these new developments with broader enhancement of the urban fabric.  One way this might occur is by experimenting with new revenue models and digitally enabled capacities within the confines of a new development that could become models implemented on a broader scale that could enhance revenue for the city.  One example is the revenue generated by JC Decaux bus stops.  Another might be the capacity to use an upgrade to the street lighting as a platform for new apps.

It is also important to consider the relationship between infrastructure and affordability not just from the perspective of whether affordable housing is being built, but how places to live are being created in accessible areas connected to jobs.  This is one concern that we have been investigating with our speculative proposal to revitalize the Kedzie Avenue Corridor with a train line that connects the other lines of the city by forming a “ring.”  In this project, we have explored the essential role that infrastructure plays in provoking broader development through increased traffic, density, and accessibility of services.  At the same time, we have looked at ways that the infrastructure itself can integrate spaces for traditional businesses and residences as well as new digital and physical models for doing business and living.

Beyond the specific nature of infrastructure being built, it is important to consider the political, financial, and economic climate that might support such infrastructure.  While promises have been made on a national and local level to make much needed investment, little has happened.  Moreover, it has been difficult for people to agree on what type of infrastructure should be created and who it should benefit.  Should we build more levees to protect flood plains for increasingly common storms or should we invest in infrastructure that allows us to live symbiotically with a changing climate?  Should we support investment that improves the lives of the rural poor or that makes the hearts of wealthy cities more attractive?  Should we construct pipelines that transport energy or build walls that to help prevent illegal immigrants from entering the country?

The first step in answering these questions is depoliticizing them by removing them from a discourse littered with buzzwords and ideology.  Instead, we need to shift these questions to an arena led by planners, economists, sociologists, ecologists, and architects in order to have a rational conversation that will lead to a plan that can be deployed, tested, and revised.  Of course, even with an arena and expertise to develop an infrastructure plan, it is essential to have a funding model to realize the vision.  While the U.S. government has been helpful in financing new roads, train lines, and energy infrastructure and while there is increasing interest from private equity in financing infrastructure, there is not enough capital available to accomplish all that is required.  One problem is that many banks refuse to invest in communities they consider to pose a risk.  While once happy to lend to home buyers, these same banks hesitate when it comes to investing in the broader infrastructure and spaces in which business and life might grow.  In this context, some have suggested the idea of a public bank that could be used to finance the construction of new infrastructure as well as support broader community development.  Such a community bank could draw on the existing funds that cities are investing with traditional commercial banks and set up their own specific criteria concerning risk, return on investment, and what types of enterprises they are willing to invest in to generate a return.  This might allow for investments to remain local and enhance the quality of the community and, in the process, attract additional members.

In our mind, the first step towards such a goal of reinvesting in infrastructure and using this investment to enhance equality and even development across neighborhoods of a city is bringing the fragmented planning agencies, foundations, think thanks, educational institutions, stakeholders, and design professional in greater alignment through a planning process that could generate a new plan for the city.  Towards this end, we would like to use this opportunity to call on the new mayor to begin such a process.