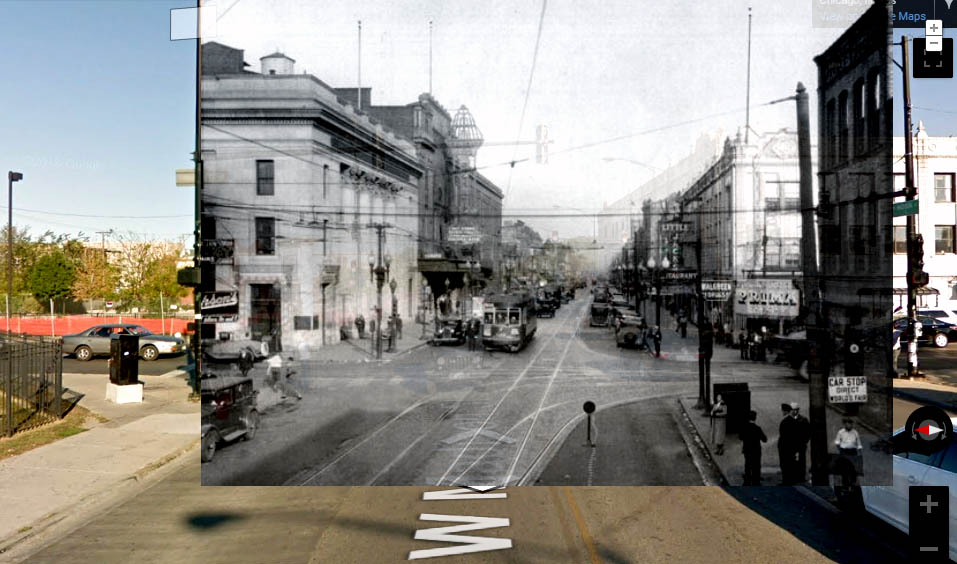 A Dream for the Future of Kedzie Ave. and the West Side of Chicago More Broadly

‍
Like almost every aspect of the United States economy – from education to health care to prisons and all forms of communication and even social interaction – the investment in new infrastructure, neighborhoods, and real estate more broadly has become increasingly driven by demands for ever higher profits.  While real estate developers have always been driven by making money on the space they create, there was a time during the last hundred years when the government invested more heavily in new infrastructure (such as the Interstate Highway System and many urban transportation systems that were built as well as the countless bridges, tunnels, and dams) and when more investment was being made in affordable and public housing through building new units and rent control.  This period was one of tremendous growth of suburbs throughout the country coupled with unprecedented economic prosperity and considerable population growth.  The era allowed many who grew up in crowded inner city conditions to find an escape in new spatious light filled homes with lawns and attached garages.  At the same time, the migration to the suburbs caused many neighborhoods in cities across the country to decline.  The process was further precipitated by racial politics that encouraged segregation and white residents to flee.

Today, many of these neighborhoods and being revitalized as people return to the city in search of greater proximity to jobs, nightlife, higher density, and less reliance on cars.  At the same time, the gap between the wealthy and poor has widened considerably.  This has placed considerable pressure on lower income families who face a rising cost of living in many cities.  In the process, developer have sought to take advantage of trendy neighborhoods.  In most cases, these developers have largely confined their efforts to iso buildings.  When they have sought to develop larger parcels, the focus has been more on the new real estate that they are creating rather than on the infrastructure that will support it.  As this occurs, the city, state, and federal government has not done enough to keep up with the rate of new development – either in wealthy or poorer neighborhoods.  While some new stations have been created and other investments in infrastructure have been made, the result has been areas of the city that are underserved and a general lack of a cohesive vision or ambitious strategy to build the future city in a way that other countries around the world are endeavoring to do.

In the case of Chicago, one of the biggest challenges has been uneven development between the Loop, adjacent neighborhoods, and north side of the city and the south side of the city and outlying neighborhoods.  This imbalance is in part a result of the historic plan of Chicago that sets up a central focus in the downtown area with streets radiating into the broader city.  This plan was further emphasized when many street car lines and elevated train lines were demolished during the middle of the century in favor of relying on buses and private vehicles.  The result has been a tremendous degree of congestion and slow transit times – especially when attempting to move east to west.  The radial plan presents further challenges as the train lines follow its patterns.  As such, it is quite difficult to transfer directly from one line to another without going into the center and then out again.  While this may be convenient for those living close to the center, it is quite inconvenient for those living farther out who don’t want to have to use a bus to do so.

In response, we propose developing a transit corridor along Kedzie Avenue that would connect the different spokes of the CTA train lines.  Such a corridor would not only aim to create greater connectivity within the current system, but define a line of focus on the West Side of Chicago as a means of catalyzing broader development.  In many ways, it would be similar to the focus that the 606 brought to a line running along Bloomingdale St. from Ashland to a few blocks west of Central Park Ave.  This new zone of focus would build on existing points of focus on the West Side such as the three historic Parks Douglas, Garfield, and Humboldt that played an integral role radial master plan of Chicago as well as other key points such as the crossing of the south branch of the Chicago River, Marquette Park to the south, and River / Legion Park along the North Branch of the Chicago River.  It also would connect to three Expressways (90/90, I-290, I-55), the network of Boulevards (Logan, Palmer, Kedzie, Independence, Western, and Garfield), the freight rail system, the commuter rail system, historic manufacturing areas, and Midway Airport.  The axis also has the opportunity to connect with the path of the Chicago River north of Peterson Ave that ultimately continues to connect with Lake Michigan in Evanston.

Such a path of connectivity supported by rapid transit has the potential to galvanize development of this section of the city.  This would be support not just by tax incentives associated with transit-oriented developments and opportunity zones, but by the physical structures that could be built that might serve as a platform for business and residential projects.  This would essentially entail creating a master plan and phasing strategy that would create infrastructure and space in which new projects could grow, that would connect to the existing urban fabric and character of the neighborhoods.

Developing such a master plan that would catalyze development of the street and surrounding area would have to be structured in such a way that looked beyond past strategies of deploying a proposal for a piece of extremely expensive infrastructure.  It has to be a plan for transformation that engages the current stakeholders while also infusing the corridor with sufficient investment of both money and attention to actually get something done.  Further, it would have to be a plan that looked beyond just using a subway, elevated line, or bus rapid transit to propose the best solution for the current transit climate.

This will involve exploring how the line drawn along Kedzie Avenue is given a dimension – both horizontal and vertical – as it enters the neighborhoods and penetrates the ground.  As this occurs, new anchors for the many communities will be created.  It will also create opportunities to explore a dynamic section that could involve sections of Kedzie when the rapid transit is buried, operates at street level, or operates via elevated tracks.  It might also create opportunities to incorporate rapid car transit that could be reserved for electric or autonomous vehicles.

In the process, we will explore how retail is integrated into the master plan.  Such an exploration will consider the future of retail in the age of Amazon.  In this context, we can no longer assume that storefronts will be filled with independent small business or even chains.  Instead, the retail experience must be digitally enables, cognizant of the culture of celebrity and the image, and connected to the speed at which people move through the city.  This might involve creating an arcade for products to be displayed while on the rapid transit line or pop-ups for brands promoting specific products for a limited period of time.  The plan should also include space specifically designed for businesses that participate in the experience economy (restaurants, bars, theaters, galleries, sculptures, parks, public plazas, recreation facilities, pools, ateliers, furniture stores, etc.).  Given the section of the city that Kedzie Ave. cuts through, it would offer a genuine survey of the cultural life of the city.

In developing this plan, we will consider parking strategy and an urban plan that considers both electric and autonomous cars, distribution of green space and the extent to which the North Side portion has more, the existing cultural, social, residential, events, that happen along the way, and the barriers that exist and are crossed.  In developing this master plan, we will simultaneously develop a novel funding model, business plan, and economic development strategy in hopes of actually implementing our proposal.

Ultimately, the following spaces would need to be designed:

In the coming months, we will be releasing preliminary results of our research and initial strategies for developing the corridor.  Ultimately, we hope to provoke interest from both the city and private developers who can envision a future of Chicago beyond the central business district and mega developments along the Chicago River.