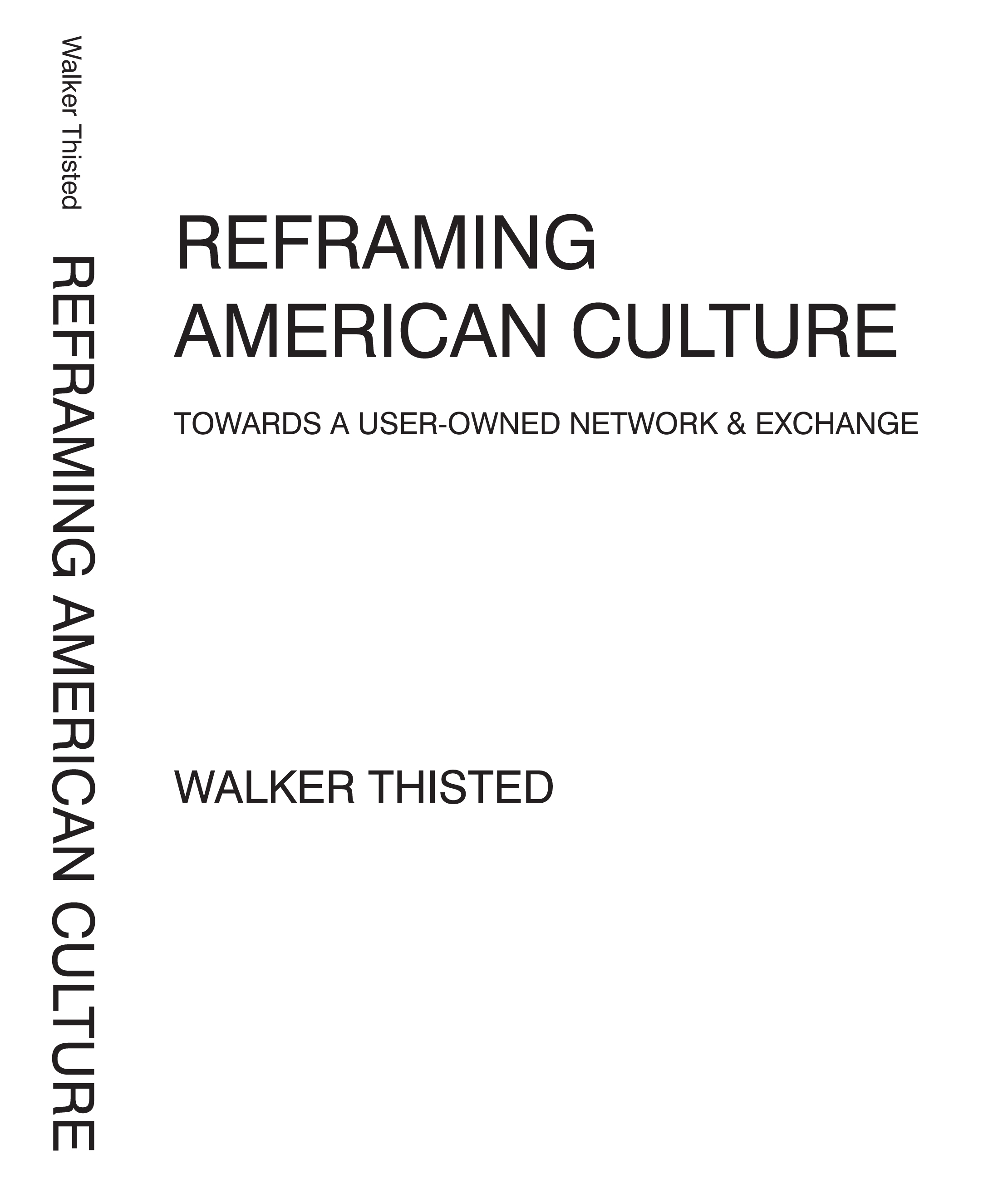 This text is available via Amazon HERE. It is also available as an eBook via Apple Books HERE.

The following is an abstract and table of contents:

The polarized state of America is driven by how those responsible for national narratives – and the networks distributing those narratives – use beliefs and cultural preferences to divide people and win votes. In the process, diverse cultures from across the country are flattened on screens. This captivation of culture by power ultimately holds America captive through the tremendous cost of maintaining the captivation and the diminished capacity for cultural production and exchange that occurs as a result of attention being drawn to the narrative of captivation and the factionalization that causes people to be disinclined to collaborate with fellow Americans they perceive as different.

Ending this captivation by de-flattening the media representation of culture can play a significant role in reducing the polarization of the country. The first step is to reframe culture through drawing attention to where it is produced and consumed. This involves exploring the common underlying motivations of culture rather than focusing on the differences that result from these common desires. The second step is to understand how captivation is occurring through various tactics. It then becomes possible to ask what various interest groups would like their individual culture to be seen as and how it might form a broader dialogue through a new form of direct exchange within an expanded cultural field.

The book ends by speculating as to how this exchange might occur via a new user-owned platform supporting a cultural network and economy. Such a space would not only end the captivation of culture to drive polarization but would become a common creative space for everyone to share – and particularly those with more time due to ongoing automatization of jobs and changing nature of employment. It would be a space to care for ourselves, each other, and planet while also being a place to dream that in turn might lead to innovation that enhances the health and sustainability of the entire country.

Part I – The Space of Production and Consumption of Culture

22. Conclusion to Part I

27. Representation of the Narrative

28. The Spatial Consequences of Captivation

29. The Human Consequences of Captivation

Part III – The Culture We Desire

31. The Religious Right, Centrist, and Left